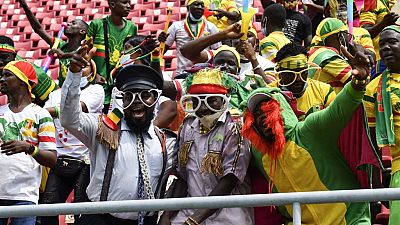 Like most schoolyards in England, it is common to hear debates about which Premier League football teams are better. Male students in the school usually dominate such debates.

The ongoing African cup of nations in Cameroon has given many students a topic for a debate.

For Nathan Williams, choosing Ghana as his favourite team amongst the 24 was not a difficult task. He is originally from Ghana and hopes to see the Black Stars win the tournament.

"It's just the same when everyone here was supporting England last summer," said Williams, a 17-year-old student from west London, referring to last year's European Championship. "Ghana's my country and I'm going to follow them, support them and watch their games."

The African Cup, which is always a cause of concern for European clubs because they lose some of their best players in the middle of the season, was delayed for a year because of the coronavirus. It's now dealing with the spread of the omicron variant of the coronavirus. Some Teams have had to play the game in the absence of some players since they tested positive for covid 19. Only fully vaccinated fans with proof of negative virus tests are allowed to watch games at the six host venues.

In Britain and other countries, the games are being shown live on television, making it easy for the students in London, a city renowned for its diversity and multiculturalism — to follow along with the tournament. Due to the emergence of technology, football fans who are unable to watch the tournament on TV get to monitor on their phones via various news platforms giving live feed.

"The last tournaments were so hard to watch so I'd usually just check score updates," said 18-year-old student Philmon Teklemichael, who lives in south London, and is supporting Ethiopia. "This year, I just have to flick on my TV and it's right there. It's great."

The expanded tournament, now with 24 teams instead of 16, has led to even more people taking interest. However, you do not have to have ties to Africa to watch.

"I never really followed it before, but now I've found myself watching it," said Kliz Christy Reginold, who is originally from Sri Lanka but now lives in west London. "Several of my friends were watching it and I got interested."

"I'm supporting Nigeria, mostly to annoy my friend, who's Ghanaian," Reginold said. "You've got to have a team to support."

Not only students are rooted in this tournament. Their teachers also make time to watch. Religious education teacher Niamh Mcilduff is also keeping an eye on the African tournament. She has chosen to support Nigeria because, like her home country of Ireland, they have St. Patrick as a patron saint.

"I want to be involved," Mcilduff said, "so if I'm going to choose anyone, I have to be able to relate to them."

Clearly, the African cup of nation has gained a lot of momentum across most parts of the world increasing the debate of which country finally emerges the winner. This can only be decided on February 6. 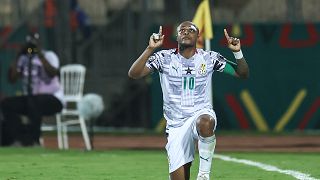 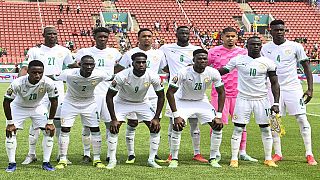 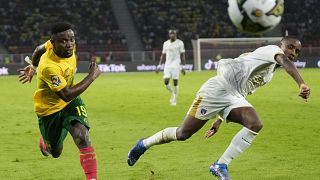