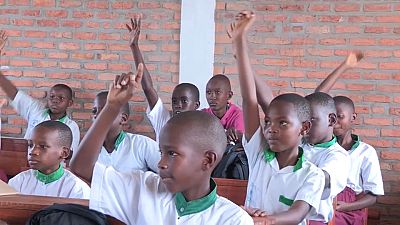 Schools re-opened in Burundi on Thursday after being closed due to the pandemic and summer holidays, as the Burundian Health Ministry issued mandatory testing for all returning students.

Schoolchildren, many accompanied by their parents, attended several screening centers across the country in order to get their test certificates allowing them to return to their classes.

The Burundian government was one of the last countries worldwide to embrace the use of vaccines in July.

Late President Pierre Nkurunziza, who died during 2020, was criticized for taking the pandemic lightly.

The current administration of President Evariste Ndayishimiye said earlier this year that the country of more than 11 million people didn't yet need COVID-19 vaccines.

Burundi continues to carry out mass screenings for the virus and according to the Health Ministry the more infectious variants of the virus are spreading.

The nation has had more than 6,700 confirmed infections, according to the Africa Centers for Disease Control and Prevention.