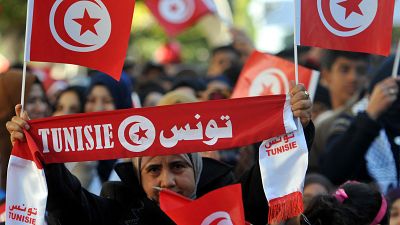 A young man wounded in Tunisia's 2011 revolution has burned himself alive after the government failed to provide any compensation, his family told AFP on Monday.

The self-immolation by 26-year-old Neji Hefiane recalls the death of Mohamed Bouazizi, the street seller whose suicide by fire on December 17, 2010 launched the Tunisian revolution, ultimately bringing down president Zine El Abidine Ben Ali and launching the Arab Spring across the region.

Hefiane died in a hospital on the southern outskirts of the capital Tunis on Saturday, his father said, after having set himself alight before the eyes of his family.

"It was the injustice and marginalisation he suffered that pushed my son to kill himself," Bechir Hefiane said.

Neji lived in Intilaka, one of the working-class Tunis districts where violent anti-regime protests broke out between December 2010 and January 2011.

Aged 16 at the time, he suffered gunshot wounds to the head.

Ever since he had received no aid from the authorities -- even though he was on an official list of people injured during the revolution, his sister Zohra said.

"My brother didn't get anything he was entitled to, neither free healthcare nor a guaranteed job," she said.

"He asked everywhere but was only met with neglect, including from the president," she added.

Neji's father Bechir wrote to President Kais Saied explaining his son's case and asking him to intervene on behalf of the struggling family.

"We've got no reply, even after my son's death," he said.

More of those wounded in the revolution "are threatening to kill themselves", said lawyer Lamia Farhani, president of the Aoufiaa (Faithful) association set up to aid the "martyrs and wounded" of the uprising.

"There is no political will to guarantee the basic rights" of the victims, she added.

"The state and all the governments that have come and gone since 2011 are responsible for the state of despair and disgust among these people," Farhani said.