Di Maio arrived in Libya earlier Monday, on a visit that began in the capital, Tripoli, and then moved to Benghazi, while he is also scheduled to meet the Speaker of Parliament, Counselor Agila Saleh in the city of Tobruk.

The meeting with Mohamed Al-Menfi dealt with a number of issues, the most important of which is the holding of elections at the end of this year.

Al-Menfi stressed the importance of partnership and strengthening bilateral relations between Libya and Italy, especially in the fields of investment, trade and economic exchange.

The Italian Foreign Minister welcomed the opening of the coastal road linking the east of the country to the west, pointing out that this visit comes days after it was opened, emphasizing the importance of this major step.

Di Maio praised the recent work of the Presidential Council, especially regarding reconciliation amongst Libya's previously warring factions and the unification of state institutions.

The Italian minister also expressed his country's readiness to cooperate and work with Libya in various economic, commercial and other fields, especially in southern Libya. 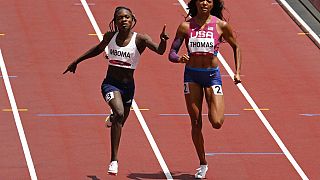