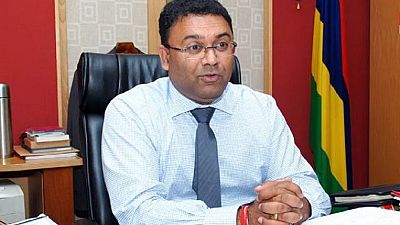 Scandalous Allegations Against the Trade Minister

The Minister of Commerce and Consumer Protection of Mauritius, Yogida Sawmynaden, stepped down from his position today.

The now ex-minister was summoned to the Central Criminal Investigation Department (CCID) this morning for questioning "under warning" following a complaint by Shakuntala (Simla) Kistnen — the surviving widow of Soopramanien Kistnen.

Affectionately known as Kaya, the activist of the ruling party the Militant Socialist Movement (MSM) was found dead in a sugar cane field in the latter half of last year.

Mrs Kistnen accused Sawmynaden of having made a "false statement" to the Mauritius Revenue Authority (MRA) — claiming that the minister falsely stated that she was employed as a "Constituency Clerk" and that she was earning a monthly salary of approximately 170 euros.

Sawmynaden ended up not being questioned as his lawyer, Raouf Gulbul, argued a "constitutional point of law" which claimed that the case is already before the courts in the form of Private Prosecution.

The former Minister of Trade announced, “After consultations with the Prime Minister Pravind Jugnauth I have decided to take a political leave. I will have to take time to counter all these allegations and even fabricated accusations against me. When you are a minister, you have to work not only 12 hours, but more than 24 hours. I have communicated my decision to the Prime Minister, who fully understands my situation. I am stepping down to come back stronger.”

Yogida Sawmynaden has been in the spotlight for more than two months in the wake of the Kistnen case.

A few days prior on Saturday, the country’s Foreign Minister Nandcoomar Bodha, handed in his resignation from both the government and the party — citing irreconcilable differences with the ruling MSM.