South African Health Minister Zweli Mkhize spoke out on Tuesday about the COVID-19 pandemic after making his rounds at hospitals in Johannesburg,

The Health Minister explained the current state of health affairs.

"This surge came much faster than we anticipated and it became worse than we actually initially expected and this partly has also got to do with the degree of complacency, at a level of society where we start dropping the mask, start going to big parties and so on. Part of the reason why you're seeing more young people coming in is also because of the behaviour when young people kind of got into activities that were super spreader activities."

The spike in coronavirus infections, driven by a more contagious variant of the virus, has put a heavy strain on South Africa's hospitals.

The Health Minister continued as he urged citizens to sit up in the fight.

"We are waiting to see what the impact is going to be. For another week or so if we keep the trend that means we might be slowly getting out of this surge. But if the impact of those who are infected who are still incubating, then of course, we are still within that time when those numbers can still show up. So if we didn't institute the levels, level three modified approach in terms of restrictions we would have been worse off. And I think it's important for all of us to understand that we have been saved because of the very strong restrictions that we have all had to endure in the process

South Africa has the highest prevalence of COVID-19 in Africa — with daily infection totals peaking at 21,980 cases as per reports on January 8 and a cumulative total of more than 1.35 million confirmed cases, including 38,288 deaths. 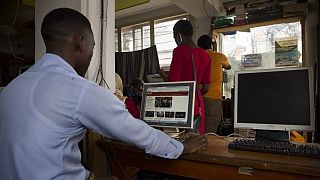