How Did We Get Here? Ethiopia vs Tigray

Ethiopia has declared a state of emergency in the Northern region of Tigray following an attack on a camp housing federal troops by the Tigray People's Liberation Front ruling party.

Some experts believe the country is on the brink of civil war but how did this all come about in the first place?

Ronald Kato, an Africanews journalist, sheds some insight into the situation in an illuminating interview.

The Political Break Down

"This began in 2018, when Abiy Ahmed was appointed Prime Minister. He set out to dismantle the power structure that had existed in Addis Ababa for a long time. And the Tigrant, the Tigray People of the Liberation Front was at the top of this power structure. It was the most dominant of all parties that made up Ethiopia's ruling coalition, the EPRD.

This dismantling of the power structure did not go down well with the officials of the TPLF.

He began purging them from the ruling party, from government agencies and from the military so they retreated back to Makele, the Tigrayan regional capital. And from there they began mobilising again stronger opposition against PM Abiy Ahmed. They were accused of training and arming militias preparing for war. They were accused in 2018 of plotting to assassinate PM Abiy Ahmed, there was a bomb blast at a rally he was addressing in the capital Addis Ababa.

But I think the boiling point came in June when the Ethiopian government postponed a planned election and the Tigrayan regional government went ahead and held its own vote. It accused Abiy of trying to cling on to power unconstitutionally. So this was followed by fiscal sanctions from the federal government in Addis Ababa, and what you're seeing today is really the tipping point."

More to come as Africanews keeps you up to date on the evolution of the situation in Ethiopia and all things pertaining to the African continent and its Diaspora. 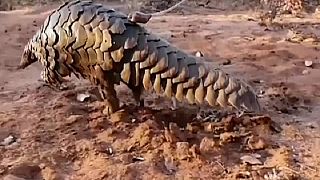