On the coast of Namibia, thousands of dead seal pups have washed ashore as reported by a conservancy group on Wednesday. Pelican Point peninsula, a tourist destination known for its colony of seals and school of dolphins is where the unfortunate pup graveyard was discovered.

The doctor summarises, “So normally cape fur seals would give birth from mid-November until early December - that’s the height of pupping that we would normally expect but what has been happening this year is there has been an increase in abortions that was first seen starting in August and really sort of peaked just last week in October and what Ocean Conservation Nambia which is led by Naude Dreyer has been seeing out at the Pelican Point colony is hundreds if not thousands of aborted fetuses they are sort of scattered along the coastline. He’s also been observing very thin females and this is also a cause for concern.”

According to the nation’s Ministry of Fisheries, researchers had noticed a higher than normal number of seal abortions at Pelican Point but could not pinpoint a specific cause or give exact numbers. Speculations of poor nutrition, leading to starvation or even bacterial or virus infections are some loose theories but an adequate investigation is necessary.

Dr Gridley shares the focus of the current efforts, “So right now it’s really about careful monitoring and gathering as much scientific data as possible and really trying to get a grip on what’s happening at Pelican Point in Namibia.”

The OCN is currently looking into the matter and it appears that the situation — albeit alarming, is not at all hopeless.

Dr Gridley draws from her expertise and experience in the field to relay what could be expected going forward in the handling of the ecological upset, “There are about 1.7 million cape fur seals in total and about a million of those are actually in Namibia so in terms of the overall number of animals, they are quite resilient to these effects but one issue that we do think might happen in the future is you’ll see a dip in reproduction potentially going forward particularly now for those animals that have unfortunately died they are not going to be recruited into the population so you might see a localised effect at the Pelican Point colony and also we are trying to monitor to see whether there is a wider scale impact that might affect other colonies as well.”

An Investigation is Underway

Very careful documented sampling — which can take many months to obtain, will be essential as far as analysing the sufficient data on the ground in order to truly resolve the underlying cause and ideally help restore balance to the ecosystem so that the mother seals in Namibia no longer feel the desperate need to abort their pups. 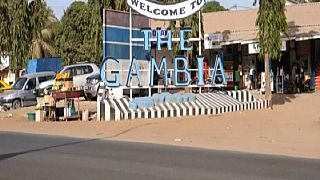 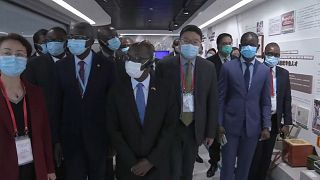