A Dynamic But Friendly Match

Ghana faced Mali on Friday evening in a friendly match, with the Black Stars defeated 3-0.

Appointed in january this year, Charles Kwabla Akonnor and his technical staff sat for the first time on the Ghana NT bench. Their first 90 mins of competitive football have been very long and especially poor.

During second half, Nordsjaelland teenager Kamaldeen Sulemana and Amiens midfielder Emmanuel Lomotey both made their debuts as substitutes.

Mali's right back, Hamari Traore, scored only two minutes into the game as he dribbled circles around the Black Stars defence and outplayed Lawrence Ati-Zigi.

Mohamed Magassouba's boys widened the gap in the second half with El Bilal Touré, 19 years old, first appearance, scoring a perfectly executed header and Amadou Haidara driving the nail into the coffin fifteen minutes to the end of the game.

The long-range striker from Arsenal's new recruit Thomas Partey, did not do much damage throughout the game as Ghana also remained harmless.

A poor performance which demonstrate how much work former Black Stars midfielder CK Akonnor has ahead of him.

Ghana will now play 2022 FIFA World Cup host Qatar, still in Antalya.
The Black Stars will then play Sudan next month in a 2022 Africa Cup of Nations qualifier. 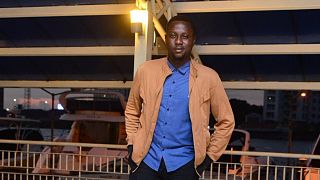