End of sanction in Mali? "It takes time" 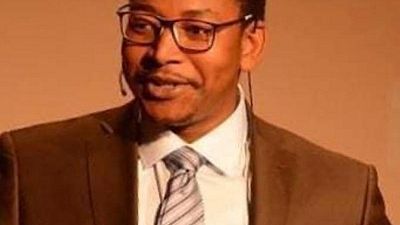 If the appointment of the government marks a new stage in Mali's transitional process ... we're not seeing much progress from ECOWAS' side. Economic sanctions continue to weigh on Bamako, which is becoming impatient... The junta believes it has fulfilled its part of the bargain, yet the embargo could last a little longer...

Baba Dakano: "It was the conference of heads of state that endorsed the sanctions in Mali, and to lift the sanctions, a consensus of these heads of state is needed, If we can't have a meeting, a conference to take the decision. It would be a matter of having bilateral exchanges, back and forth between the Commission and the various States. We must remember there are 15 countries that make up ECOWAS today, so we can assume that this process could take a lot more time. Otherwise, outside this consultation process, the various ECOWAS stakeholders are almost unanimous that the latest advances, notably the publication of the Charter and especially the reduction in the prerogatives of the Vice President who will no longer be able to replace the transitional President, are for ECOWAS stakeholders, at least at the level of the Commission, advances that now make it possible to lift sanctions. __But we can expect the various round trips, in the absence of a conference of Heads of State, to take a lot of time."

The transition must be organized over the next 16 months... Don't rush things, it must be the guarantee not to repeat the same mistakes as in the past.

Baba Dakano: "Mali is in a particular context nowadays. The hasty departure of President Ibeka took place in a context of insecurity, social and political tensions, so there is a lot to be done. There is also the need to learn from 2012, when the transition was rushed to move quickly towards the installation of legitimate authorities. And eight years later, we've seen a coup. __So today, the challenge in Mali is to ensure that the elections are as credible and transparent as possible. But also that the necessary reforms to improve the political and institutional environment of the country can be carried out during this transition period. The other thing is that today we have a civil society that is becoming more and more audible - you have seen the M5-RFP protest movement - And that makes me convinced that no matter how powerful it may be, an actor can't do what wishes in this country."

A key player remains however, if not a powerful one, at least one you can't avoid, Colonel Assimi Goïta, the transitional vice-president...

Baba Dakono: "Since the inauguration of the president and the vice president, we have seen that the latter is omnipresent, and that is perhaps what worries ECOWAS a little, but we can't dispel these concerns. The CNSP has played an important role in the departure of the President and it will be difficult for them to leave immediately. But it is also difficult for this group of soldiers, headed by Colonel Goïta, to play a role after the elections that will end this transition."

Remains one important question to which the answer remains unclear : the dissolution of the CNSP. It was the sine qua non condition of ECOWAS for the lifting of the embargo.