Brazil, last in the Americas to abolish slavery in 1888 with over half its population of African descent. And yet, racism is still a reality for many Afro-Brazilians like professional gymnast Angelo Assumpção whose career suffered a racist blow.

The wronged athlete proclaims, "If I hadn't had this racist experience, I would already have my Olympic medal, I would have already participated in the Olympics, so we can't normalise these kinds of attitudes."

The budding athlete was let go by his Gymnastics club Pinheiros — situated in a wealthy white-majority suburb in São Paulo where Assumpção grew up, after he reported his white teammates comparing his skin colour to trash bags and mocking his hair on video.

In what was supposed to be a positive celebratory moment, the racially-motivated mockery came right after the talented gymnast had just won a gold medal for the club.

The club terminated his contract shortly after - citing “poor performance.” However, Assumpção believes it was punishment for his speaking out against the racist behaviour he had suffered at the hands of his white teammates.

Both dejected and hurt on a personal level — but also blackballed from the sport since the incident in November 2019, the gymnast wishes for more racial solidarity in Brazil as he draws inspiration from black American pro athletes currently taking a stand against police brutality and racial injustice via the now global Black Lives Matter movement.

He expresses his sadness and frustration at his professional situation, "It is very bad for Brazil to have an athlete training in these conditions, at home, not only because of the pandemic but because of racism, which is very present in our country."

An internal audit of Pinheiros last year revealed a culture of microaggression and racial insults. The club denies all allegations of racism brought against and insists that the contract termination was purely based on his performance and not his ethnic background as an Afro-Brazilian or related to the incident he had reported to the club's board.

"It takes hope away from the victim because it is the victim who pays the highest price. The people behind all this (racism) are still employed, with sponsors, they keep training, while I'm here."

Not all hope is lost, however, as Angelo Assumpção — 24 years old and financially supported by family while also socially supported by friends, continues to stay in shape and keep training in spite of the racial injustice that saw his career take an unexpected detour as he only hopes to revive his gymnastics career and for a more racially just Brazil. 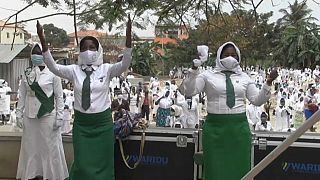 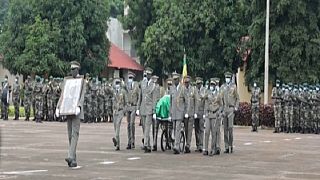