COVID-19 Pandemic rundown on the African continent by way of countries, Gambia, Mozambique, Botswana and South Africa, apparently in a state of crisis.

Declared a state of emergency, by President Adama Barrow, setting a nationwide curfew starting Thursday to last 21 days in light of the 60% rise in cases to nearly 800 over the last week. Places of worship and schools will close and the nation’s popular tourism industry will be halted only permitting workers and businesses considered essential - persons on official COVID-19 duties, ambulances and public officials, such as to carry on their activities. Schools are also declared closed while grocery stores, markets and banks will remain open.

Mozambique, also in the thick of a crisis as President Filipe Nyusi announced a 1-month health emergency starting Friday night - the second one since the onset of the pandemic with 2,079 recorded cases and 15 deaths. Gradual reopening post-lockdown is scheduled for the end of August through to October.

Phase one starts August 18th with the resumption of classes at higher education institutions, military academies and technical training institutes. Religious gatherings will be allowed but limited to 50 people. The number of people at funerals will be raised to 50 from 20, except if the deceased died of Covid-19, in which case the number of attendants remains at 10. The second phase will start in September with cinemas, casinos and gyms potentially reopening. The third phase should start in October with final-year students in secondary schools resuming classes.

Likewise in Botswana, liquor stores will remain closed as all liquor licenses have been suspended and the sale of alcohol prohibited. A sanitary measure taken by the government to contain the spread of the virus in the wake of the nation’s capital, Gaborone, back in a two-week lockdown - for the second time, starting Friday. Health Minister, Dr Lemogang Kwape felt it necessary to reinstate another confinement after virus infections doubled this week.

Schools are now closed in the city and movement is restricted, requiring permits by anyone other than essential workers.

With 804 confirmed cases and 2 deaths - majority along the border and most of them foreigners, the nation has been relatively unscathed by the virus, compared to its neighbour below.

The worst-hit on the continent, with confirmed cases approaching half a million as it also copes with COVID-related corruption. President Cyril Ramaphosa has warned that officials and businesses who seek to capitalise off the pandemic through deviant schemes in the manufacturing and sale of face masks, distribution of food parcels and siphoning funds fraudulently through supposed health campaigns, will be harshly dealt with.

South Africa has the highest number of cases of COVID-19 on the continent and the fifth-highest in the world, having reported over half a million infections and nearly 9,000 deaths.

Africa counts almost a million total cases with the majority leading to recoveries and just around 21,000 deaths 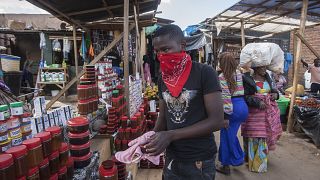 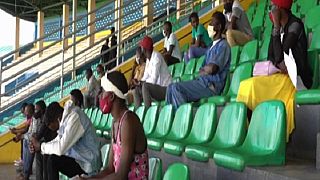 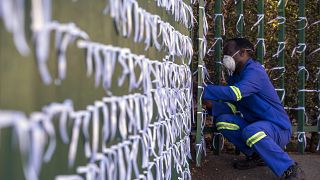