Burundi, latest victim of US visa ban over deportee snub 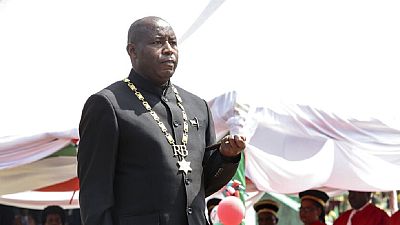 <p>The U.S. government said Friday that it has stopped issuing travel visas to people from Burundi because the country is not taking back citizens facing deportation from the United States.</p> <p>Burundi was penalized with the visa restrictions because the government of the country has “denied or unreasonably delayed” issuing travel documents needed to repatriate its citizens, the U.S. Department of Homeland Security said in a statement.</p> <p>The restrictions cover non-immigrant visas except those issued for government officials traveling on official business.</p> <p>It comes a day after the African nation’s new leader, President Evariste Ndayishimiye, was sworn into office two months early following the abrupt death of his predecessor.</p> <p>“As the leadership changes for Burundi, we’re hopeful for a renewed commitment to cooperation between our nations for the benefit of each country’s citizens,” acting <span class="caps">DHS</span> Secretary Chad Wolf said. “We look forward to future discussions to resolve this ongoing issue.”</p> <p><span class="caps">DHS</span> said that the suspension on visas will remain in place until cooperation has “improved to an acceptable level” but did not provide specific numbers.</p> <p>U.S. Immigration and Customs Enforcement later said there are five citizens of Burundi in its custody awaiting deportation, all of whom have criminal convictions, and that there are an additional 500 in the country who have been ordered deported by an immigration judge but are not in its custody.</p> <p>The U.S. has for years wrestled with what to do with people who have been ordered deported, often because of a criminal conviction, but whose homeland won’t take them back.</p> <p>The Supreme Court ruled people under those circumstances cannot be indefinitely held. <span class="caps">ICE</span> says it has been forced to release thousands from custody over the years as a result.</p> <p>Under President Donald Trump, the U.S. has imposed visa restrictions on Gambia, Cambodia, Eritrea, Guinea, and Sierra Leone to pressure them to accept the return of their citizens, citing international legal obligations.</p> <p><strong><em>AP</em></strong></p>