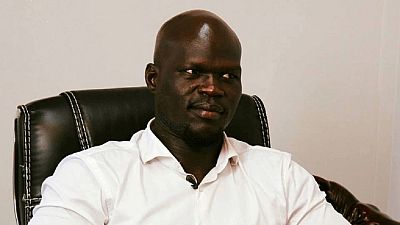 The army has just confirmed it killed businessman Kerbino Wol Agok who recently announced a rebellion against the government in Juba.

His death is a great loss to the nation

“The 4 days offensive operations resulted in the neutralization of the threat, which was the killing of Wol Agok, along with two others at Ayen Mayar Villiage in Amukpiny in Rumbek East,” Lul told the Africanews on phone.

Lul said that Kerbino Wol was in the process to launch attacks against the government forces.

Kerbino Wol said his new group, the October 7th Movement, which he named after the day he rioted in detention, will fight the government of South Sudan to bring democratic change in the world youngest nation.

Wol had originally been detained in April 2018 and held at the Blue House without being charged. After the riot, he was charged with violating sections 67, 72, 79 and 47 of the South Sudan penal code of 2008, but later was released in a presidential pardon in January 2020.

“His death is a great loss to the nation,” Wol told the Africanews. “His decision to fight against the government resulted from frustration of lack of justice to him as a person and for his country.”

Wol said the Juba government should have negotiated with him and bring him back.

Army Spokesperson says Kerbino Wol wasn’t interested for negotiation because he was in potentiality of rebellion nature.