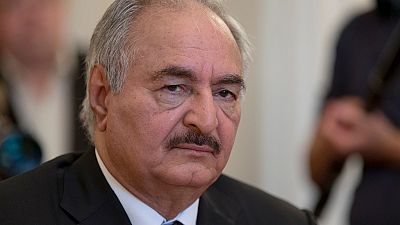 Forces of Libyan Marshal Khalifa Haftar confirmed their “redeployment” out of Tripoli, after their rivals announced the total reconquest of the Libyan capital following heavy fighting.

On Thursday, the UN-recognized Government of National Unity (GNA) said it had regained control of the entire western city of Tripoli, another setback for rival troops of Marshal Haftar, a Libyan strongman from the east.

“We are announcing the redeployment of our forces out of Tripoli on condition that the other side respects a ceasefire,” said Haftar’s spokesman, Ahmad al-Mesmari. “In case of non-compliance, we will resume our military operations and suspend our participation in the military committee negotiations,” he said.

He referred to it as “a humanitarian initiative to stop the bloodshed of the Libyan people.”

On Wednesday, the UN announced the resumption in Geneva of negotiations —suspended for more than three months— of the 5+5 military committee, a body comprising five pro-GNA and five pro-Haftar members, aimed at achieving a cease-fire in a conflict between the two sides which erupted in April 2019.

All previous attempts to establish a lasting ceasefire have failed.

Since pro-Haftar forces launched an offensive in April 2019 to seize the capital, the headquarters of the GNA, hundreds of people, including many civilians, have been killed and some 200,000 have fled their homes.