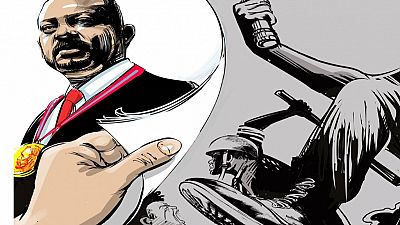 Ethiopia will probe a critical human rights report by Amnesty International, Attorney General Adanech Abiebie confirmed on Monday. Amnesty’s report said extrajudicial killings had been undertaken by the security forces in 2019 in Oromia and Amhara regions.

She posted the development on Twitter: “Now, we are working on finalizing our investigation and checking the content and process of the report for actuality and neutrality.

Security forces have continued to violate human rights despite reforms introduced by Prime Minister Abiy Ahmed, and this is due to widespread impunity and lack of accountability for those violations.

She said the government will demand of the rights group to correct misleading portions failure for which they will “present the truth with its respective proof so that our people, and the world, are aware.”

The development comes after a weekend of rejection of the report by the Oromia and Amhara regional governments. The report mentioned infractions that happened the Foreign Affairs Ministry also called the report “lies… purposefully disseminated by forces that seek to actively undermine initiatives of dialogue, peace and stability on the area.”

It added that the report was a “one-sided snapshot security analysis” that did not take into account the peace-making efforts in the region.

Ethiopian security forces in the Oromia region have executed 39 opposition supporters and arrested thousands of others accused of being members of an armed group, Amnesty International said on Friday.

“Security forces have continued to violate human rights despite reforms introduced by Prime Minister Abiy Ahmed, and this is due to widespread impunity and lack of accountability for those violations,” Amnesty International’s Ethiopia researcher Fisseha Tekle said.

The Ethiopian army, the prime minister’s office and the Oromiya and the Amhara police did not immediately respond to requests for comment.

Abiy has brought in reforms that included removing a ban on political parties, releasing political prisoners and welcoming home exiled militant groups such as the Oromo Liberation Front.

But the new freedoms have also meant long-repressed tensions have surged between the country’s many ethnic groups.

Since December 2018 the Ethiopian army has been deployed in Western and Southern Oromiya to combat an insurgency by the Oromo Liberation Army.

“The report is further proof that the new administration has not parted ways with the practice of forcefully stifling dissent, committing egregious human rights violations and carrying out extrajudicial killings,” the Oromo Liberation Front and the Oromo Federalist Congress, an opposition party, said in a joint statement, calling on the government to investigate the findings.

Based on interviews with 80 victims or direct witnesses of violence, Amnesty’s report said the Ethiopian army and regional security forces in Amhara and Oromiya were involved in inter- ethnic killings, mass arbitrary detentions and rape.