International Women’s Day was marked by countries around on the world on March 8th. As a focal point for the movement of women’s rights, the civil awareness day celebrated the economic, cultural and social achievements of women across the globe.

To highlight the occasion, and gain regional insight into female empowerment and progress in the Middle East and North Africa, Inspire Middle East spoke to a shining example of female accomplishment.

Baria Alamuddin is an outspoken, award-winning political journalist from Lebanon. By her own admission, she has been making waves in the media world for many decades, and is best known in Middle East, the US and UK for talking tough with cultural icons, heads of state and religious leaders.

Memorably, she was also the last journalist to interview Prime Minister Indira Gandhi before her assassination in 1984. 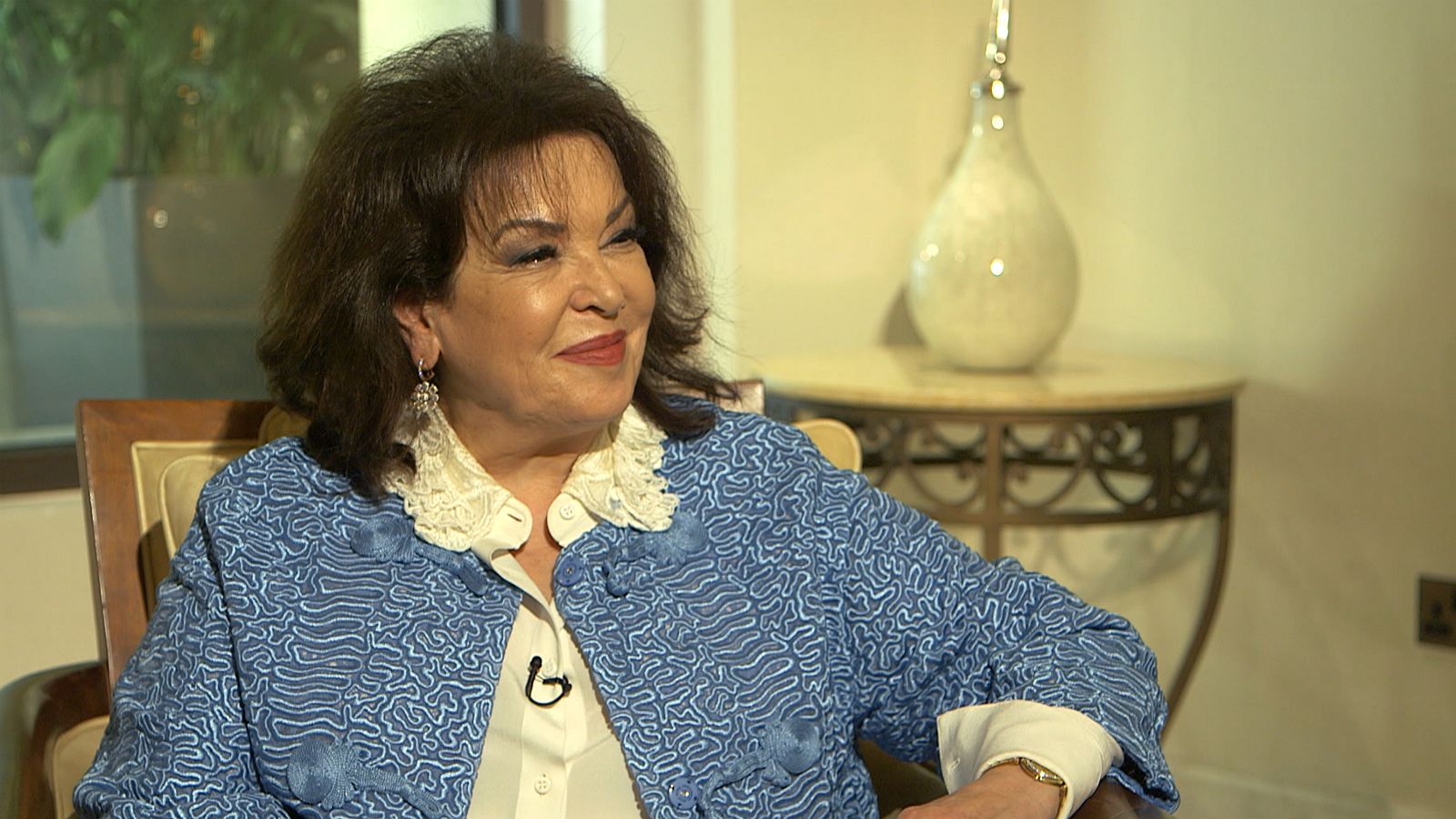 Baria Alamuddin during her interview with Inspire Middle East

Alamuddin has been a life-long champion of women’s rights, not least, having written extensively about the evolving place of women in Saudi Arabian society.

She’s an advocate of female literacy and employment across the Arab world – a region which, according to a World Economic Forum report, stated that of the 15 countries globally with the lowest rate of female participation in the workforce, 12 were in the Middle East and North Africa. 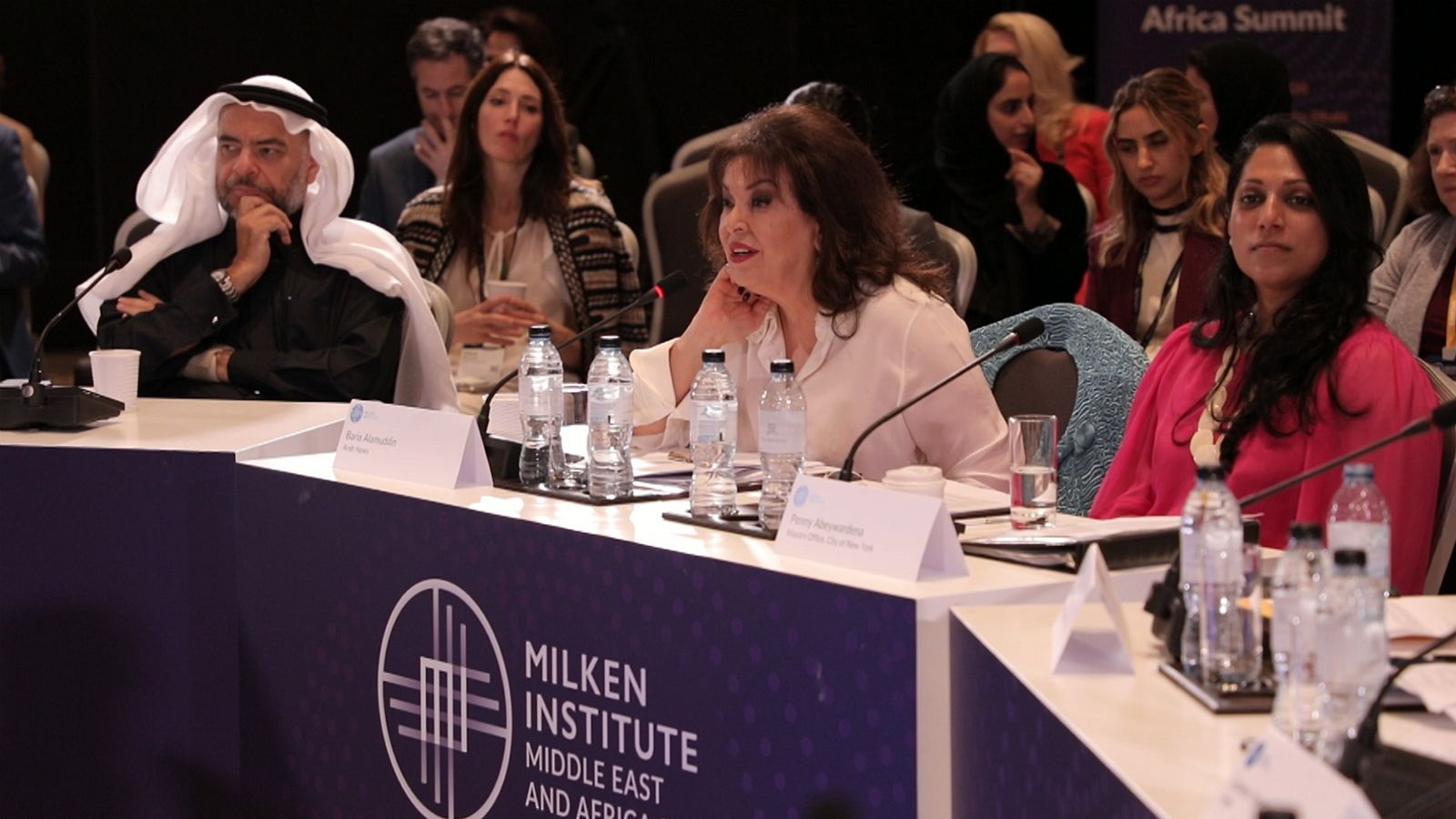 Baria Alamuddin speaks at the latest Milken Summit in the UAE

Alamuddin’s mother, a strong supporter of female education and empowerment, had a powerful influence on her daughter, perhaps not unlike the influence Baria has had upon her own two daughters, Tala and Amal.

Amal is the famous international law and human rights barrister, whose clients have included Julian Assange and the former prime minister of Ukraine, Yulia Tymoshenko.

Amal is also known for being the wife of Hollywood actor, George Clooney. 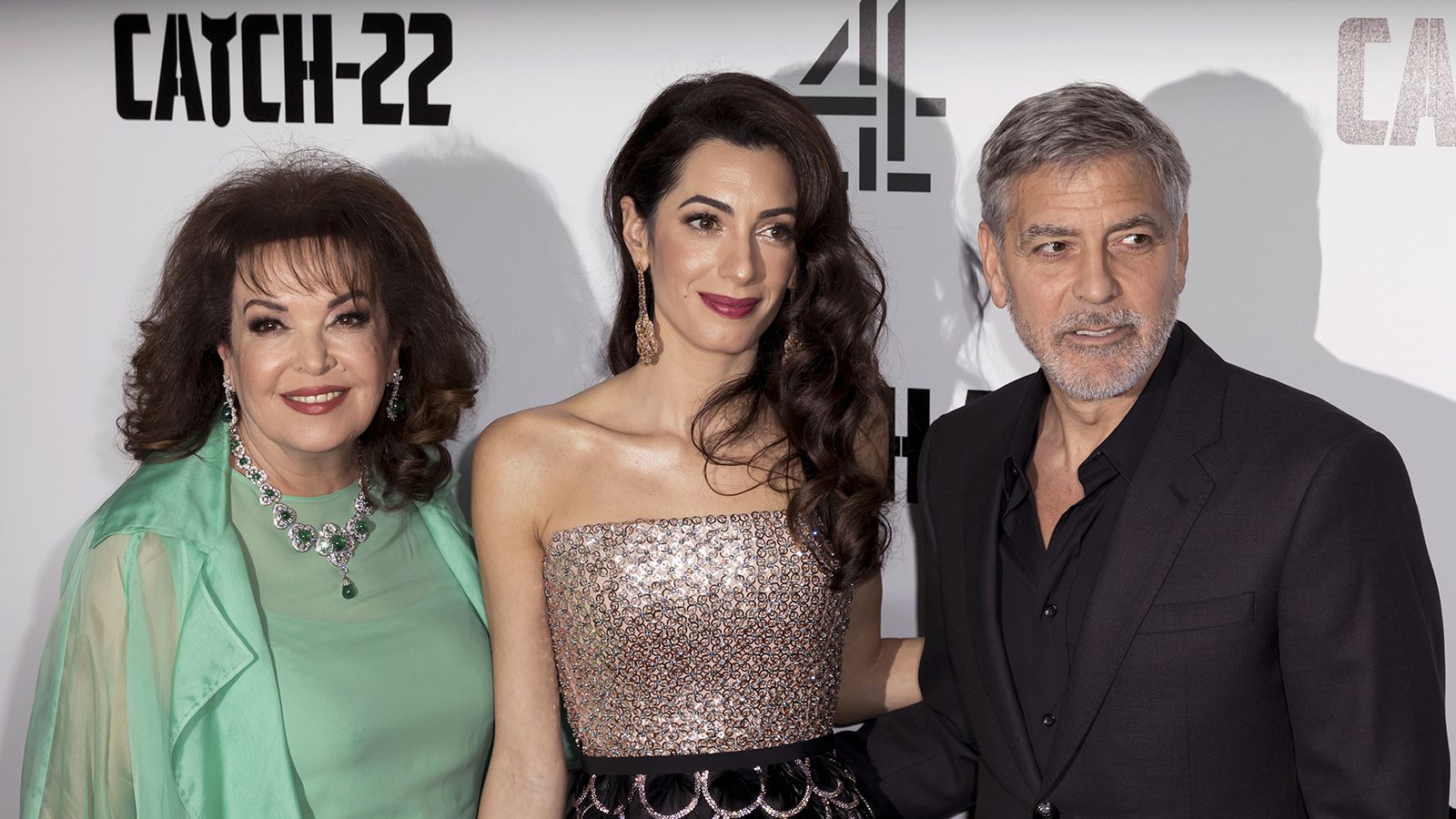 Baria Alamuddin with her daughter and her son-in-law, Amal and Geroge Clooney. Credit: AP Images

With International Women’s Day as a frame for the conversation, Inspire Middle East’s anchor Rebecca McLaughlin-Eastham spoke to Baria Alamuddin when she visited Abu Dhabi.

Rebecca: Let me start by asking you about how you blazed a trail in your career. Because, back then, very few women were doing anything similar in the field of media.

Baria: Yes, it’s true, I was a big troublemaker and didn’t really like what society dictated, or even the family. I initially wanted to be a lawyer, because I always wanted to serve justice for people. So, I studied journalism as it was close by, and here I am.

Rebecca: Have all of the barriers to entry, the glass ceilings, been removed in your opinion for women in media today?

Baria: I think we women put a lot of these glass ceilings in place. Women need to take part in the development of their families, their countries, the whole world. Then I think we’ll be on the right track.

Rebecca: You’re penning a book about Saudi Arabia, so, when do you believe women there will be on an equal footing with their male peers? Equally, when will we see more female captains of industry in the kingdom?

Baria: Oh God, that’s going to take time, but I can tell you that they’re moving fast. I’m trying to write a book on Saudi women, so, I’ve talked about 2,300 women so far. And it’s unbelievable, the stories from there. Sixty-two to sixty-three percent of graduates are women and there was about 10-12% participation of women in the workplace, whereas it’s about 28% now. But less than 2%, I think, of CEOs around the world, are women. So, yes, there is movement but there is still a lot of work to do and it begins with women, I reiterate.

Rebecca: You’ve written an article titled, “The Future is Young and Female.” We’ve talked about Saudi, but we sit here in a vast and diverse region. What trends are you seeing emerging from places like Lebanon, Syria and Yemen?

Baria: I’m very, very proud of the Lebanese woman, especially these days when they are in the streets. They’re leading the protesting, organizing, writing, doing a lot of the work. But also, I must say that Iraqi woman are a bit of a surprise. Iraq is a more conservative society and I see the girls coming out of universities and taking part. Maybe not as much as the Lebanese, but still, they are going there.

Rebecca: Do you believe in positive discrimination in employment terms? And even quotas, which many people find controversial.

Baria: Oh yes, definitely. I don’t believe in discrimination, even if it’s positive. Men and women are the same. We are not competing. In my research in Saudi Arabia, I found that it is the fathers who push the girls more than the mothers. Because the mothers sometimes are a bit scared that nobody will marry her daughter if she’s a bit too advanced, or too well educated, or whatever. But this is changing.

Rebecca: Let’s talk about family. You’ve raised two empowered, independent, successful daughters. And notably one, Amal, has dedicated her career to human rights. You also, in George Clooney, have a politically-minded son-in-law. Does the conversation, therefore, inevitably turn to politics and social issues when you get together?

Baria: Yes, I’m lucky with my family, in that we are all mindful of human rights and justice around the world. My son-in-law is very political, and my whole family. And coming from this part of the world, from Lebanon, yes, we do discuss politics all the time. And I can’t say we disagree, we agree most of the time.

Rebecca: Given your political journalism, and your initial desire to be a lawyer, do you think that influenced Amal in her career choice?

Baria: I don’t think so. I’ve never told my children what to be, or what not to be. We come from the same background, the same thinking, and I can’t imagine human rights without justice – or justice without human rights and democracy and transparency. It all sort of works together. I didn’t influence my children in anything except teaching them the values of life, the morality of life, and I could not be more proud.

Rebecca: Looking at your grandchildren, you’ve said that you, “often wonder where the world is going”. What’s your greatest concern for their future?

Baria: I’m an optimist and what really hurts and scares me, for the future of my grandkids, is the leadership of the world today. Nationalism is not the way I think the world should go. And the leadership in the United States, well, it leaves a lot to be desired.

Rebecca: Lastly, just to pick up on US politics, and going back to George Clooney – who is outspoken and politically engaged. Do you think we might see him enter the presidential race one day?

Baria: I hope not, because I know what politics is. They [Amal & George Clooney] have a lovely family, a family full of love and dedication to the world, that gives a lot. And you don’t have to be a president to build a lot of humanity. You can do it from your position. But you’d have to ask him.