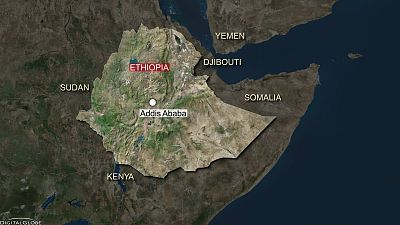 At least 21 students have been released from captivity after being abducted in early December while six others remain in captivity.

Update: 21 students of Dembi Dolo university, 13 female & 6 male, who were kidnapped were released, according to Negussu Tilahun, Press secretariat of PM Abiy's office. But 6 more students are still at large, he said quoting security officials in the area. https://t.co/3wyUVyU4kO

According to reports Prime Minister Abiy Ahmed told state television that 13 female students and eight males had “been released in a peaceful manner” but that six others were still unaccounted for. He did not say whether ransoms were paid, nor whom the government believed was responsible.

So relieved to hear that most of the abducted students have now been rescued. And that 6 students still remain in captivity. But WHO took them? How is justice being served? What is being done to ensure this doesn’t happen again? #BringBackOurStudents #Ethiopia

Who are these men who have kidnapped Dembi Dollo students? Why are we scared of holding them accountable? Release the students! #Ethiopia

The incident occurred in Ethiopia’‘s Oromia region is the latest incident of growing insecurity at colleges across the country.

According to National Movement of Amhara there is an all-out attacks on ethic Amhara students in the Oromo region of Ethiopia and that the abductors are holding the 17 abductees as a hostage until “Government returns all ethnic Oromo students in Amhara region back to Oromia region”.

Ethiopia’s parliament passed legislation on Thursday aimed at curbing gun ownership after a surge in regional ethnic violence over the past two years that have displaced more than 2.7 million people