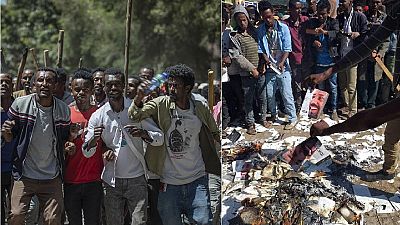 Barely two years in office, Ethiopia’s Prime Minister has earned his reformist label which was widely used in most reports in the early months of his premiership.

Abiy has gone on to make peace with Eritrea and gotten involved in seeking to forge regional alliances and to help resolve other conflicts like the Kenya – Somalia maritime rift, South Sudan crisis and the Somalia – Somaliland issue.

Abiy was also hailed by Sudanese for his role in reaching a deal between protesters and the military junta that overthrew Bashir.

But back home, analysts have warned serially that with an opening of the political space post April 2018 comes some risks the government must stand up to as and when.

Insecurity is one of the major consequences that security and political experts have warned of. Throughout 2019, Ethiopia saw a rise in protests which took the political, security, ethnic and religious dimensions.

His announcement on social media triggered protests that led to deaths across Oromia. “Protesters burnt copies of “Medemer” – a book authored by Abiy”:https://www.bbc.com/news/world-africa-50157385?ocid=socialflow_twitter and vowed allegiance to Jawar. Arrests were made and prosecution is expected.

Jawar has since announced his candidature for elections slated for next year. Abiy has also overseen the dissolution of the ruling coalition and ushered in a national platform, the Prosperity Party to contest the polls.

When a zone in the southern region of the country began a push for statehood, the federal government did not respond till activists attempted a unilateral declaration of statehood in Sidama zone. Federal forces were deployed and the incidents thereof led to deaths.

In other regional protests, Tigray regional state, held a series of protests tasking Abiy to respect the consitution. It slammed government of witch hunt in the arrests of former Tigray generals accused of corruption.

The regional state was behind the rally targeted at the federal government. The first rally took place in the regional capital Mekelle and other cities and towns in the state. Protesters bearing the nationals and regional flags denounced federal judicial process which they said were biased.

Also prominent during the year was deadly violence in varsities especially in Oromia and Amhara regions, protests were recorded with reports and analysts reading ethnic undertones.

The government at a point deployed federal forces to secure campuses with the threat that they could be shut down if need be.

But much earlier in the year, there were protests across Oromia when the Addis Ababa city administration set out to apportion condominium apartments. PM Abiy eventually initiated a committee to look into the matter.

The religious protests returned in the form of people marching in cities especially in Oromia and Amhara regions against attacks on religious facilities in the country – one of Africa’s most religious nations.

In the heat of the Jawar protests, the Orthodox Church lashed out at the government for doing little to secure citizens and places of worship. Ethiopia and Burkina Faso were the two African countries that suffered most in the area of attacks on places of worship.

In what could be tagged the lighter side of protests which took place away from Ethiopia, there were pro and anti-Abiy protests abroad when he went to receive his Nobel Peace Prize in Norway.

The anti-Abiy group were at the parliament building in Swedish capital Stockholm waving placards about how the Ethio-Eritrea peace deal was in stagnant mode. Over in Oslo hundreds cheered Abiy after he received the award.