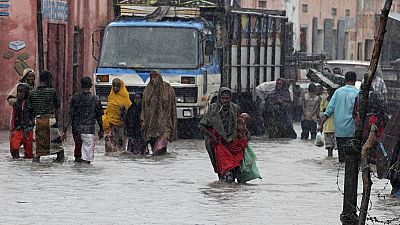 Flash flooding has hit the small but strategic East African nation of Djibouti, where the government and United Nations say the equivalent of two years’ rain fell in a single day.

A joint statement Thursday says up to a quarter-million people have been affected in recent days in the country on the Red Sea that is home to military bases for the United States, China and others.

Djibouti has been called one of the world’s most vulnerable non-island nations in the face of climate change as sea levels rise.

The statement says that with heavy rains forecast through the end of this month the number of affected people could rise.