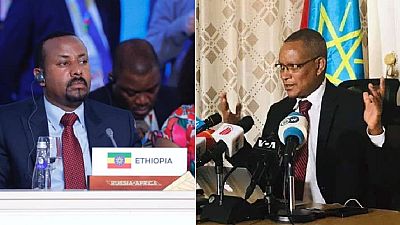 TPLF’s representatives voted against the merger during an Executive Committee meeting held last weekend. The motion, however, passed by 30 votes for and six against.

The EPRDF’s Council, a 180-member body – it’s highest authority – is expected to vote on finalizing the merger plans today (November 21).

In a letter sent to the EPRDF secretariat after a meeting of the TPLF’s Central Committee in the regional capital Mekelle, the party cited what it said were procedural and legal shortfalls in its opposition.

They also declined today’s meeting of the EPRDF Council. The party like the three other blocs were expected to present a quarter of votes, that is 45 members. The other three parties also present the same number.

“These were the three major agendas approved by majority members of EPRDF’s 36 member Executive Committee (EC) during the three days meeting over the last weekend,” the privately-run Addis Standard said in its report.

The coalition also has five associate parties that belong in the other semi-autonomous regions of Africa’s second most populous nation. National elections are due in May 2020 despite calls for a postponement citing insecurity.