Mozambique’s main opposition party Renamo has asked the country’s top court to annul the result of the Oct. 15 general election, which saw incumbent President Filipe Nyusi and his Frelimo party winning with a landslide.

Political observers had hoped the election would calm tensions in Mozambique, soon to become a top global gas exporter. Instead, the contested result has stoked divisions as opposition parties have cried foul.

“We want the election results to be annulled because they were not elections. They were a caricature, a circus show,” Venâncio Mondlane, a Renamo representative, told Reuters by phone.

“Today we filed the appeal to the Constitutional Council (CC) against the deliberation of the National Election Commission, which we do not agree with. We demand that the CC annul the election results,” Mondlane said.

It was hoped the election could set the seal on a fragile peace pact, designed to put a definitive end to four decades of violence between Frelimo and Renamo.

The two fought a 16-year civil war that ended in a truce in 1992 but have clashed sporadically since.

Renamo had wanted to win control of a number of provinces in Mozambique’s centre and north but came away empty handed. 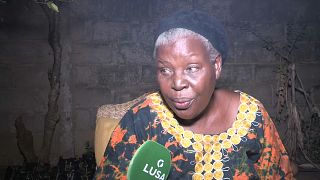