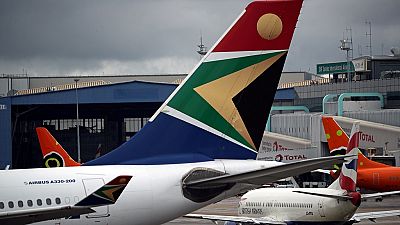 The faults found at SAA Technical have focused attention on the crisis at SAA, which hasn’t made an annual profit since 2011 or published financial results since 2017 because of question marks over its long-term viability as a business.

SAA has floundered with an unprofitable route network and a fleet of ageing and inefficient airplanes.

Tlali said it was too early to quantify the financial impact from the grounding of its planes, dismissing an allegation that the faults were linked to SAA’s perilous financial position.

“None of the audit findings made at SAA Technical can reasonably be associated with the state of finances we are experiencing at the moment,” Tlali said.

“No case has been made to support this claim because none exists.”

The audit made two serious findings: that inadequately qualified personnel had signed off on maintenance work and that maintenance checks on flight data recorders and cockpit voice recorders had not been done correctly, Khoza said.

The SACAA has since accepted a “corrective action plan” from SAA Technical, which maintains aircraft for SAA, its subsidiary Mango Airlines and British Airways franchise partner Comair , which also operates under the kulula.com brand.

The the head of South Africa’s aviation regulator said on Thursday that forty of the 46 airplanes grounded this week owing to faults found at the maintenance unit of state-owned South African Airways (SAA) have been returned to service.

South African Civil Aviation Authority (SACAA) Chief Executive Poppy Khoza told a news conference the regulator had made five findings during an audit at SAA Technical, after which it issued a prohibition order stopping some aircraft from flying.

That led to domestic flight cancellations and delays on Tuesday. Disruptions had eased by Wednesday.

SAA spokesman Tlali Tlali had told Reuters on Wednesday evening that more than 80% of SAA’s affected aircraft were back in service.

SACAA chairman Ernest Khosa said South Africans were safe in the skies after the intervention by the regulator.

Grounded planes back in service

Comair said it expected no disturbances on Wednesday, after at least eight of its domestic flights were disrupted on Tuesday.

SAA, which had 25 aircraft affected by the regulators’ safety audit, declined to comment.

The South African Civil Aviation Authority (SACAA) said it had inspected a few aircraft at South African Airways Technical and issued a prohibition order until the faults had been fixed.

It did not disclose what the faults were or which aircraft type was affected, citing confidentiality agreements.

The regulator said it had accepted a corrective action plan by SAA’s maintenance unit and that SAA and Comair’s decision to “self-ground” some aircraft was a precautionary measure.

“SAA understands that the inspection conducted by SACAA was in accordance with its regulations and a necessary exercise to ensure compliance and safety,” said cash-strapped SAA, which is dependent on government bailouts for its survival.

SAA said in a statement it had cancelled four domestic flights but that it would combine flights and deploy bigger aircraft to accommodate affected passengers. It did not specify how many aircraft it had recalled.

SAA spokesman Tlali Tlali said no international flights had been affected and would depart normally from Johannesburg’s OR Tambo airport on Tuesday evening.

Mango Airlines said there would be some delays on flights throughout Tuesday.

Comair, which flies under both the British Airways and kulula.com brands in southern Africa, said that as of 10:15 a.m. local time (0815 GMT) a third of its services had been affected.

It said corrective action was needed on some of its aircraft and that it expected its full fleet to be back in operation by Wednesday morning.

At 1000 GMT kulula.com’s website showed that eight domestic flights had been rescheduled, one under the kulula.com brand and seven under the British Airways brand. Comair operates Boeing aircraft. 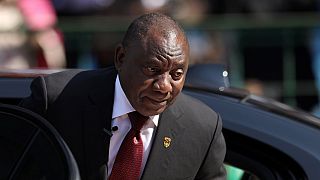 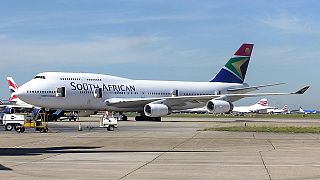