Nigeria’s government is under pressure to take urgent action against schools that are abusing children in the name of religion.

Over the last one month, police have conducted three raids on Islamic schools in the northern part of the country, where men and boys were chained to walls, molested and beaten, according to police sources.

The total number of people who have been freed from abusive conditions in these schools is nearly topping 1000.

The government cannot allow centres where people, male and female, are maltreated in the name of religion.

President Muhammadu Buhari, who in June this year, said Islamic schools called Almajiris, would eventually be banned, is now under pressure to act.

Last month, more than 300 boys and men were rescued in a raid on a building in Nigeria’s northern state of Kaduna. The two-storey house had a sign in Arabic at the entrance declaring itself “House of Imam Ahmad Bin Hanbal for the Application of Islamic Teachings”.

This week on Monday, a police raid on school in the Daura area of Katsina, Buhari’s hometown, freed nearly 300 boys and med. Police said they discovered “inhuman and degrading treatment”.

On Wednesday, police freed about 500 men and boys in yet another raid on an Islamic school in northern Nigeria. Sources from the operation mounted by Katsina police and federal police from Abuja, told Reuters that not all of the 500 students had been mistreated.

“Mr. President has directed the police to disband all such centres and all the inmates be handed over to their parents,” a presidential spokesman said on Tuesday.

“The government cannot allow centres where people, male and female, are maltreated in the name of religion,” he said.

Over the 3 raids, police have arrested at least 16 people including the proprietors and staff at these facilities.

Police is also working to reunite the freed members with their families, while many were taken to hospital for treatment.

“Some of them are not even Nigerians. They come from Niger, Chad and even Burkina Faso and other countries.” READ MORE: Will Buhari’s govt ban Islamic schools in Nigeria?

Some parents thought their children would be educated at these facilities and even paid tuition. Other families sent misbehaving or difficult family members and wards to them for discipline.

At the Kaduna institution, relatives were not allowed to see boys for three months after admission and had limited visiting rights after that, parents and children said. Punishment was swift for those who talked of any abuse, boys said.

“If anyone tried to tell their family, they would be hung up from a wall or put in chains,” said 14-year-old Umar, whose grandfather sent him to the facility two years ago for skipping school.

“I deeply regret taking my child to the rehabilitation centre because I was ignorant of what was actually going on here,” Alhaji Lawal Garka, a parent of one of the captives at the school in Daura, told Reuters on Tuesday.

The abuse at these so-called Islamic schools highlights the challenges facing Nigeria’s government, in providing education to its nearly 200 million citizens. 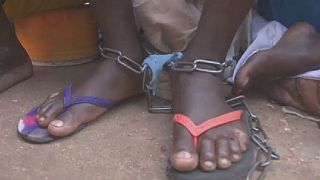 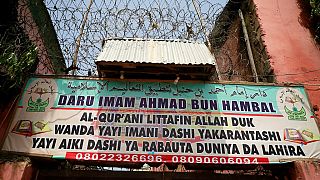