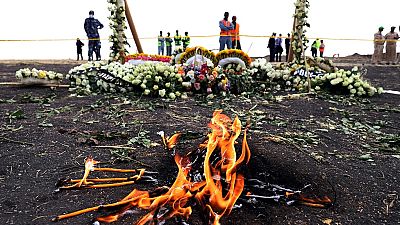 An attorney representing families of passengers killed in a Boeing Co 737 MAX crash in Ethiopia said on Friday he will seek sworn evidence from a Boeing engineer who claims the company rejected a proposed safety upgrade to the 737 MAX because it was too costly.

The engineer, Curtis Ewbank, said the upgrade could have reduced risks that contributed to two fatal crashes in Indonesia and Ethiopia that together killed 346 people, according to two people familiar with the complaint.

Managers rejected the proposed upgrade from Ewbank’s team of engineers, called synthetic airspeed, on the basis of “cost and potential (pilot) training impact,” according to the Seattle Times, which first reported the complaint on Wednesday.

Robert Clifford, the lead counsel representing families of victims from the Ethiopian Airlines crash, said in an email the complaint raises fresh concerns about Boeing’s culture and whether the company placed too great an emphasis on cost and schedule at the expense of safety. He said he would take steps to depose Ewbank as quickly as possible.

Boeing declined to comment on the substance or existence of the whistleblower complaint. A Boeing spokesman said the company offers employees channels for raising concerns and has rigorous processes in place to ensure such complaints receive thorough consideration and to protect the confidentiality of employees who make them.

Boeing is facing roughly 100 lawsuits over the Ethiopian crash on March 10 that killed 157 people on its way from Addis Ababa to Nairobi. The lawsuits claim that design flaws allowed erroneous sensor data to set off the automated system and overwhelm pilots.

The planemaker has said it is sorry for the lives lost in both crashes and proposed software upgrades but has stopped short of admitting any fault in how it developed the 737 MAX or the software. The 737 MAX was grounded following the Ethiopian crash.

Questions around how Boeing designed and developed the MAX are a focus in probes by the U.S. Department of Justice and a Congressional committee.

In his complaint, Ewbank describes management as “more concerned with cost and schedule than safety and quality,” the Seattle Times reported.

Four former Boeing employees who worked on the 737 MAX told Reuters earlier this year they were repeatedly instructed by management not to add or change systems on the 737 MAX in ways that could trigger the need for extra pilot training in flight simulators, or a lengthier certification process.

A senior Boeing official with detailed knowledge of the MAX’s development told Reuters in March that engineering decisions are “always a balance between complexity and availability of the function. The more complex you make something, the more likely it is to be unavailable when you need it.”

Peter DeFazio, chairman of the U.S. House Transportation and Infrastructure Committee, has asked Boeing to make Ewbank available for an interview.

Boeing Chief Executive Dennis Muilenburg is slated to testify at a House committee hearing on Oct. 30.