Jack Ma, bids goodbye to Alibaba, the company he founded in 1999 and now worth more than $460 billion.

Ma will leave his position as Chairman of the Board on September 10, on the occasion of his 55th birthday.

The businessman, who is considered one of China’s richest personalities, plans to invest his fortune in education.

He follows in the footsteps of his role model Bill Gates, founder of Microsoft who retired from business to become one of the most generous philanthropists in the world.

As a disadvantaged child, Jack Ma had a modest beginning.

In 1999, he left school to create Alibaba from his apartment in Hangzhou in eastern China, borrowing $60,000 from friends.

Rejected at that time by American investors, he would later make the largest IPO in history on Wall Street in 2014, raising $25 billion.

Alibaba, which now claims more than 750 million active users per month, has contributed to the huge growth in consumption in China through its Taobao and Tmall platforms. 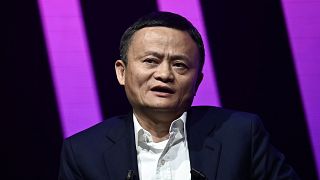