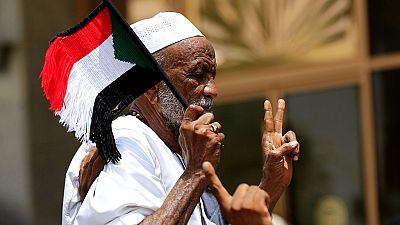 The ruling military and leaders of the protest in Sudan must seal on Saturday a historic agreement paving the way for a transfer of power to civilians, which the population hopes will bring them more freedom and a better life.

A ceremony is scheduled for Saturday afternoon in Khartoum on the banks of the Nile for the signing of the documents that define the next 39 months of transition.

While the road to democracy may still be long, the mood is one of celebration in the capital, where foreign dignitaries and thousands of Sudanese were arriving on Friday for the occasion.

Political dynamics will be more important than scraps of paper

The agreement reached in early August ended nearly eight months of an unprecedented protest movement that led to the fall of President Omar al-Bashir on 11 April, who remained in power for 30 years, before turning against the generals of the transitional Military Council that succeeded him.

Concluded through mediation by Ethiopia and the African Union, this agreement was welcomed with relief on both sides, with demonstrators celebrating the victory of their “revolution” and generals claiming credit for avoiding a civil war.

In Atbara, a city in the centre of the country where the first rallies against the government’s decision to triple the price of bread on December 19 took place, some danced and sang on the platforms of the station before leaving for Khartoum, according to images posted on social networks.

“Civil power,” they chanted, promising to avenge those who perished in the repression of the demonstrations.

What comes after the signing?

The first stages of the transition should follow the signing with the announcement on Sunday of the composition of the Sovereign Council, the majority of which will be composed of civilians, which will lead the transition.

On Thursday, the Alliance for Freedom and Change (ALC), the spearhead of the protest, appointed Abdallah Hamdok, a former UN economist, to become Prime Minister. The Sovereign Council is due to announce on Tuesday if it confirms this in this position.

Mr. Hamdok will then have the difficult task of rebuilding the country’s economy, which collapsed after the secession of the South in 2011 deprived it of three quarters of its oil reserves. Inflation and shortages were the driving forces behind the protest.

Elections are scheduled for 2022, but many Sudanese are already doubting the ability of transitional institutions to limit the power of the military elite.

If they are in a minority among the 11 members of the Sovereign Council that is to govern 40 million Sudanese, it will first be led by a general for 21 months. And the Ministers of Interior and Defence will be chosen by the military.

“Political dynamics will be more important than scraps of paper,” says Rosalind Marsden of the London-based Chatham House think tank.

“The biggest challenge for the government will be the dismantling of the Islamist (informal) entities that have taken control of all state institutions and key sectors of the economy,” she added.

The Ethiopian Prime Minister will participate in the ceremony alongside leaders from other countries in the region.

One of the first consequences of the diplomatic agreement is expected to be the lifting of the African Union’s suspension of Sudan in June.

General Mohammed Ali Ibrahim, a member of the Transitional Military Council, said on Friday that the signature would “reopen the door to Sudan’s international relations”.

The case of Omar al-Bashir

The day of signature was also supposed to be the day of the opening of the trial of the former president charged with corruption, but it has been postponed to an undetermined date.

On Friday, Amnesty International warned against Mr Bashir’s possibility of escaping a trial before the International Criminal Court, which issued two arrest warrants against him, including for “genocide” in Darfur.

“Omar al-Bashir has escaped justice for far too long and victims of heinous crimes are still waiting for reparation,” the NGO said.

Within the protest movement, some argue that the agreement is not enough to thwart military power and ensure that justice is also done for the approximately 250 people who died in the demonstrations, according to a committee of doctors close to the protesters.

The main groups absent from the signing ceremony will be rebel groups from the marginalized regions of Darfur, the Blue Nile and Kordofan.

The Sudanese Revolutionary Front, which brings these groups together, supported the challenge but rejected the constitutional declaration of the agreement, demanding participation in the government and more guarantees for the peace process affecting them.