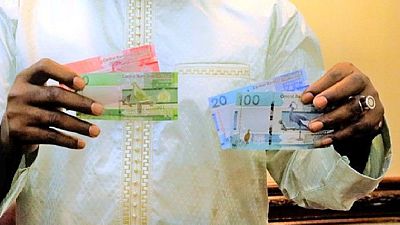 Plans by The Gambian government to roll out new currency notes is gathering steam. The tiny West African nation uses a currency known as the Dalasi.

The Central Bank chief Bakary Jammeh on Monday presented copies of the new notes to president Adama Barrow. The new notes are to be released into the economy today through commercial banks.

The main feature of the new notes is the absence of the portrait of long serving president Yahya Jammeh. His image has been replaced by a poultry believed to be one of the national birds.

The current notes are a total overhaul of the currency that The Gambia has been using since independence. The notes are equipped with high security features. The notes include 5, 10, 20, 50, 100 and 200 dalasi.

#Gambia: Central Bank removes ex-President Yahya Jammeh’s portrait on the currency. “The new dalasi bills are expected to be in circulation in 3 months’ time. They include D5, D10, D20, D50, D100, and D200 bills. The D25 bill has been scrapped” bank's Governor Bakary Jammeh said pic.twitter.com/HLXHgFCH2Q

The apex bank in January 2018 said it was phasing out the all copies of the dalasi which had Jammeh on them. The said notes were issued in 2015, Jammeh lost elections in late 2016 and fled to exile in Equatorial Guinea in January 2017.

The Central Bank chief years ago: “The currencies that [Jammeh] has his heads on were printed in 2015 and if you check currencies in circulation from 2014 to 2015, there are those that do not have his head.

“So we can print those 2014 ones on which he does not have his head and get delivery in February (2018),” Jammeh told journalists at the time.

“So [Jammeh’s] face is gradually phasing out because notes that come in here do not go out again. And the new stock we will print will take us the whole of 2018 without his head.

“Then we can have time to redesign the entire currency with new security features… We are thinking of standards such as the current bank notes of countries like South Africa and Ghana,” he added.

Jammeh had criticised his predecessor, Gambia’s first president Dawda Jawara, for printing notes with his face on it – that was done back in 1971. Years on, Jammeh also had his face on the dalasi.

A commission of enquiry set up by President Barrow has heard that Jammeh looted state funds and mismanaged the economy with unilateral decisions to technocrats. 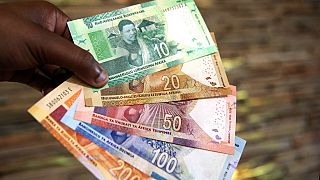 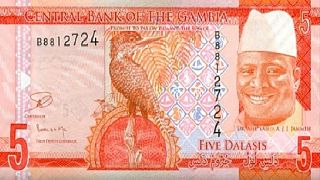 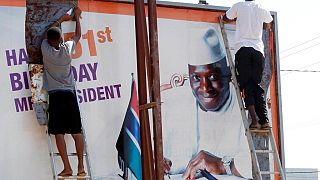