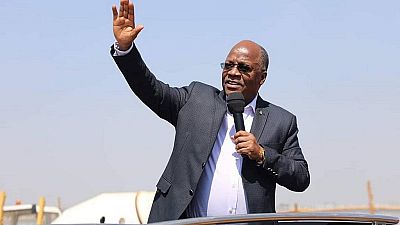 Tanzania’s economic growth slowed to 6.6% year-on-year in the first quarter of 2019 from 7.5% in the same period a year earlier, official data showed on Sunday, weighed down by softer construction, agriculture and manufacturing activity.

A leaked report from the International Monetary Fund said earlier this year that Tanzania’s economy has not been expanding as fast as official figures suggest. It said lower growth was partly due to President John Magufuli’s “unpredictable and interventionist” policies.

In the first quarter, construction, the biggest driver of GDP, grew 13.2%, compared with 15.6% a year ago, the state-run National Bureau of Statistics (NBS).

However, growth in the mining sector, which has been the target of repeated government interventions, rebounded to 10.0% from a 5.7% decline during the same period in 2018. Tanzania is Africa’s fourth-largest gold producer.

“The growth (of the mining sector) was mainly due to an increase in production of gold, coal and diamonds,” said NBS.

Magufuli embarked on an ambitious programme of industrialisation after coming to power in late 2015, investing billions of dollars in infrastructure, including a new rail line and a major hydropower plant and reviving the national airline.

But critics say government intervention in mining and agriculture have discouraged investment. Foreign direct investment has slumped and private sector lending growth dropped below 4% in 2018, from an average of 20% between 2013-16.

Agriculture, which accounts for about a third of economic activity, also slowed in the first quarter of this year, with crop production growing 6.0% compared to 8.9% in the same period last year, the statistics bureau said.

Last year the government sent the military to seize the cashew harvest, the main export crop, after complaints by farmers that prices offered by brokers were too low.

Manufacturing, another key GDP contributor, grew 4.8% in the first quarter compared with 5.3% a year earlier.

Tanzania’s economy grew 7% last year, according to the government which has forecast 7.1% growth in 2019.

Earlier this month, however, the World Bank released its own estimates that said Tanzania’s economy grew 5.2% in 2018.

Following the World Bank report, Tanzania said it might revise its 2018 GDP growth rate after meetings in August.

In April, a leaked report from the International Monetary Fund predicted lower growth of around 4-5% in the “medium-term”.

The IMF report said there were serious weaknesses in Tanzania’s official data.