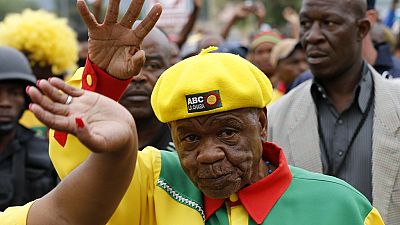 <p><strong>Lesotho’s Prime Minister Thomas Thabane who has been accused of ceding power to his wife, is facing a motion of no confidence in a move that could break down the coalition government.</strong></p> <p>The motion was filed in parliament this week by a member of Thabane’s own ruling All Basotho Convention (<span class="caps">ABC</span>), raising the possibility he will call snap elections in the tiny mountainous southern African kingdom.</p> <p>“We hereby move a motion that this honourable house has no confidence in a government of Lesotho led by the Prime Minister Thomas Motsoahe Thabane,” read a motion filed by <span class="caps">ABC</span>’s Motebang Koma and seconded by the main opposition Democratic Congress deputy leader, Motlalentoa Letsosa.</p> <p>Parliament was adjourned on Monday with no date fixed for it to sit again.</p> <h2 style="font-size:16px;">Accusations against Thabane</h2> <p>While the motion did not outline reasons for wanting Thabane out, some party members have turned to local media to voice claims that the 80-year-old premier was ceding political power to his young wife, Maesaiah Thabane.</p> <p>Even staunch supporters of Thabane, such as outspoken Thaba-Bosiu Principal Chief Khoabane Theko, have backed calls for his removal.</p> <p>“He allowed his wife to usurp control of the party and government,” Theko told the Lesotho Times.</p> <p>“What they must do is to call a special conference and resolve that Ntate Thabane should step down. He wants to play God with this government through his wife.” Ntate means sir in Lesotho.</p> <h2 style="font-size:16px;">Thabane’s wife troubles</h2> <p>The row comes two years after Thabane’s estranged wife Lipolelo, 58, was gunned down just two days before his inauguration.</p> <p>He and Lipolelo were embroiled in a bitter divorce dispute.</p> <p>She won a court case against Thabane during his first stint as prime minister affirming her position as Lesotho’s first lady instead of Thabane’s youngest wife. Polygamy is legal in Lesotho.</p> <p>Known as Africa’s Switzerland because of its mountainous scenery, Lesotho has a long history of political instability and suffered coups in 1986 and 1991.</p> <p>The <span class="caps">ABC</span> party has also been riven with internal conflict over the appointment of a new party vice president.</p> <p>A pro-Thabane faction has fiercely defended the leader.</p> <p>Defence minister Tefo Mapesela told parliament this week that Thabane intended to call fresh elections when parliament reconvenes.</p> <p>Thabane, whose coalition took office in 2017, was previously premier after 2012 elections but was forced to flee to South Africa, which entirely surrounds landlocked Lesotho, following an attempted coup two years later.</p> <p><strong><em><span class="caps">AFP</span></em></strong></p>

He allowed his wife to usurp control of the party and government. 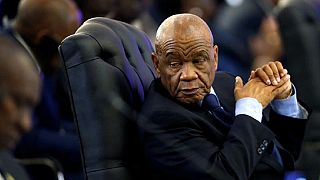 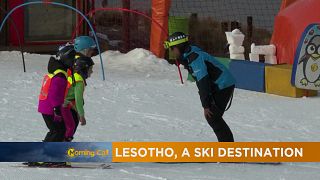