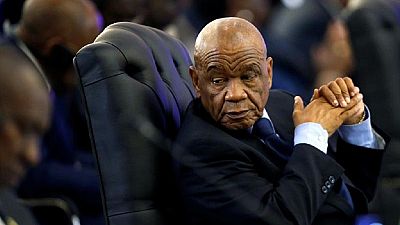 Members of Parliament, MPs, in Lesotho have demanded a twofold increase of their current salaries which is pegged at 37,000 Lesotho loti (around $2,600.)

The Lesotho Times, a privately owned newspaper reported that Prime Minister Thomas Thabane had instructed Finance Minister Moeketsi Majoro to look into a “revised salary structure” for the lawmakers.

They are demanding gross monthly salaries of up to 74 000 each, equivalent to $5,340. Their main justification for the demand is to be paid a living wage whiles being able to better serve their constituencies.

The portal reports that with a very low standard of living that sees the average factory worker earning about $144 a month, the MPs are among the best paid in the southern African country.

The majority of legislators are willing to forgo the M500 000 loans but for that to happen, our salaries must be doubled.

According to reports, PM Thabane had recently told the National Assembly that he had tasked the finance Minister to “establish a body made up of various ministers to implement the proposed revised parliamentarians’ salaries and incentives structure”.

The newspaper quoted unnamed MPs who confirmed that talks were far advanced and that their demands was also based on public outcry against interest free loans they were billed to receive.

One such MP said “when it became evident that the electorate was not happy with the M500 000 interest-free loans parliamentarians enjoy at the beginning of each term.

“The majority of legislators are willing to forgo the M500 000 loans but for that to happen, our salaries must be doubled.

“Without the interest-free loans, we will need a decent living wage to take care of ourselves and to enable us to continue assisting people in our constituencies,” the source added.

MPs are also making demands with respect to the duration they could be eligible for pensions.

The National Assembly Chief Whip refused to comment on the move whiles the Finance Minister is on record as saying the news was a murmur because there was no salary revision as far as he was concerned.

The tiny nation of about 2.3 million according to World Bank estimates has been hit by political instability for five years.

It is one of the poorest countries in the world and depends essentially on its South African neighbor which provides much of its water. It had until 1980 used the South African rand as its legal tender.