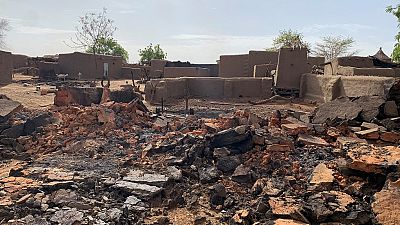 Authorities have lowered the death toll from a massacre in central Mali that has prompted fears of retaliation.

Initial figures came from local officials who on Wednesday maintained that dozens of people remain missing in Sobame Da village.

Monday’s early-morning attack on the ethnic Dogon village was the latest massacre in a growing ethnic conflict that has been enflamed by fears of Islamic extremism. Tens of thousands of people have fled the violence in recent months.

There has been no claim of responsibility, though tensions have been high since a Dogon militia was accused of carrying out a massacre in an ethnic Peuhl village in March that left at least 157 dead.