Can Africa be an alternative to China in the production and exploitation of rare earths ? The continent would have millions of tons of these coveted resources.

The issue of rare earth production is now taking centre stage as the trade war between the United States and China continues.

Can countries bustling with these raw materials such as Kenya, Burundi, Gabon, Madagascar, South Africa, Malawi and Tanzania, compete with China, which accounts for 71% of the global production? 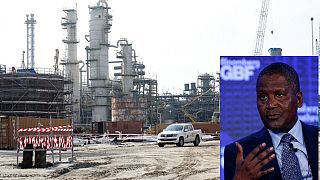