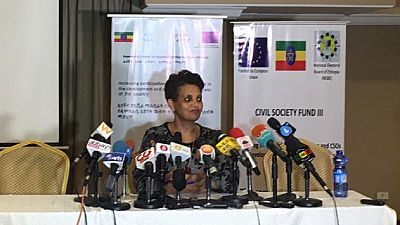 Ethiopia’s elections body, the National Electoral Board of Ethiopia, NEBE, says a delayed census will not affect its preparations for elections slated for 2020 – all things being equal.

NEBE chairperson Birtukan Mideksa in an interaction on Monday with local media also disclosed that her outfit had submitted a budget of about $129 million to lawmakers for the conduct of the polls.

She stressed that her outfit was also undertaking institutional reforms with the view that the elections will take place.

The NEBE’s position comes against the background that some political actors have called for the elections to be postponed citing the state of security in parts of the country over the last one year.

The now postponed national census according to The Reporter Ethiopia portal was scheduled to be held in April, 2019, with close to 200,000 experts, supervisors and enumerators participating.

One of the key advocates for a postponement is president of the Somali Regional State, Mustefa Omer, who told the privately-run Addis Standard portal that in his view, there was no need to rush to the polls if the necessary groundwork had yet to be fixed.

Prime Minister Abiy Ahmed, who is a little over a year in office has promised to ensure that elections when next they are held are free, fair and credible. Stating on more than one occasion that he was ready to handover power if the ruling coalition lost.

#Ethiopia: NEBEthiopia will breif the media next week on Monday on various timely issues. Topic include the "reestablishment of #NEBE, nomination of board members, election financing, #Sidama referendum, the national census postponement & its impact on election, gender & IDPs." pic.twitter.com/FxudLysOam