Last week, the United States revoked the visa of International Criminal Court’s prosecutor, Fatou Bensouda after the court took steps to investigate possible war crimes committed by the American army and its allies in Afghanistan.

The United States is not the only country that has been critical of the war crimes court. The Philippines recently announced its intention to withdraw from the ICC.

Bensouda, who took on the role in 2012, has been the target of criticism from several sections, including African nations who accuse the court of selectively pursuing justice.

In an interview with Hannane Ferdjani on the sidelines of the “Stand, Speak, Rise Up” forum for an end to sexual violence in vulnerable areas, the Gambian lawyer responds to attacks from her critics and comments on some of the controversial trials that have marked the court’s recent history. 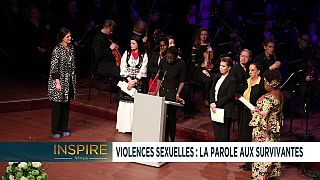