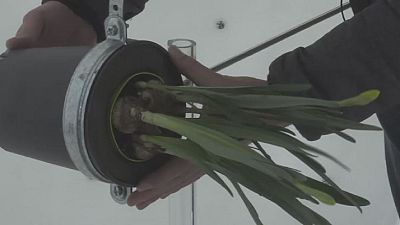 Scientists in France have unraveled the hidden intelligence in plants.

At the French National Institute for Agricultural Research in Clermont-Ferrand, the researchers experiment with a ball of light and a plant.

Fed with more than 90 neon lights, this daffodil plant is installed in a horizontal position in a sphere of binding white light.

And something quite unexpected happens.

According to the scientists, the experiment shows that plants and trees not only grow in a straight line because of the earth’s attraction. But also because of the perception of the configuration of their own body in space.

Even more unexpectedly, the tree has a sense of touch. By subjecting plants to “air impulses”, the researchers have discovered that they are very good at perceiving the wind and its intensity.

Other studies further demonstrate that trees are able to perceive sounds and smells, distinguish their neighbours and communicate with them, thanks to a series of sensors.