The 7th edition of World Government Summit was held in Dubai, gathering world leaders alongside experts in the sectors of technology, economy, environment and wellbeing.

For the third time, climate change was high on the WGS agenda amongst different speakers:

Actor and longterm environmentalist Harrison Ford was one of the biggest names at the annual UAE event. 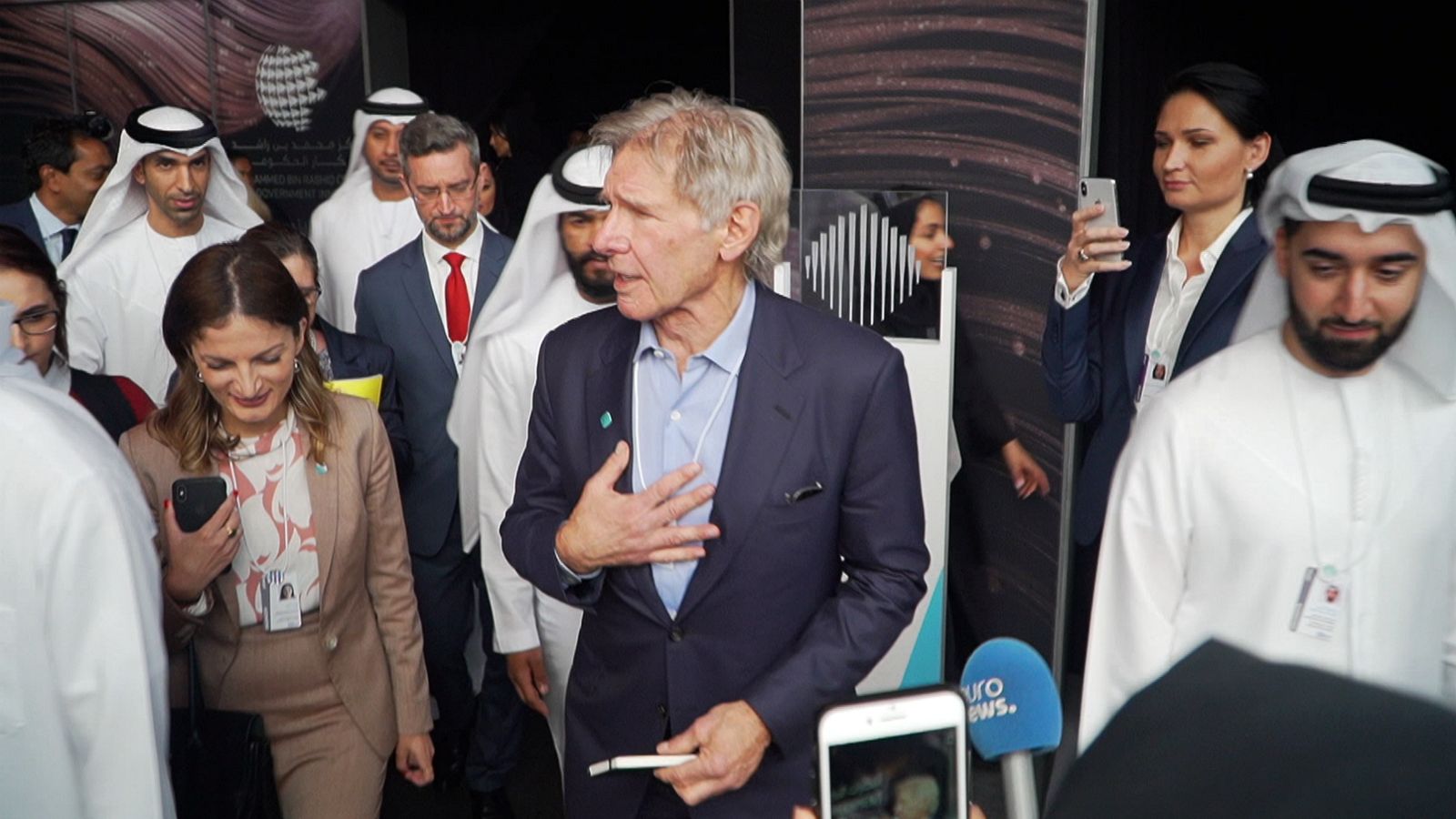 Harrison Ford at the WGS

The Vice Chair of the Conservation International charity spoke about marine ecology, calling climate change the “greatest moral challenge of our time.”

“If nature isn’t kept healthy, humans won’t survive. Simple as that,” Ford said in an eco-awareness video ahead of WGS, titled ‘The Ocean’.

Meanwhile, former French Prime Minister Laurent Fabius, now President of the French Constitutional Council, said that governments shouldn’t be “selfish” and put their own interests ahead of protecting the planet.

Having been central to the development of The Paris Agreement – the world’s first climate change accord, struck in 2015 – Fabius reflected on the current state of the global climate change battle.

“We had a great victory in The Paris Agreement – which I was honoured to chair – and there has been a lot of reports since, showing that it’s urgent and important. That’s the positive side,” he told Euronews, “But, the negative side is that the figures are awfully bad and that we have to be urgently more active if we want to save humanity.”

Fabius also said that the US withdrawal from the deal was “dangerous”, sending the wrong message to the international community. However, his hope lies with the American general public.

“Three quarters of the American population think that climate change does exist, that it has a human origin and that there is a necessity for action – and that’s important too,” he said.

Fabius also admitted that there was a degree of ambiguity surrounding the definition of carbon neutrality. He explained that whilst some consider it to mean not using fossil fuels at all, others believed it to be a matter of compensating carbon emission with other sustainable solutions. 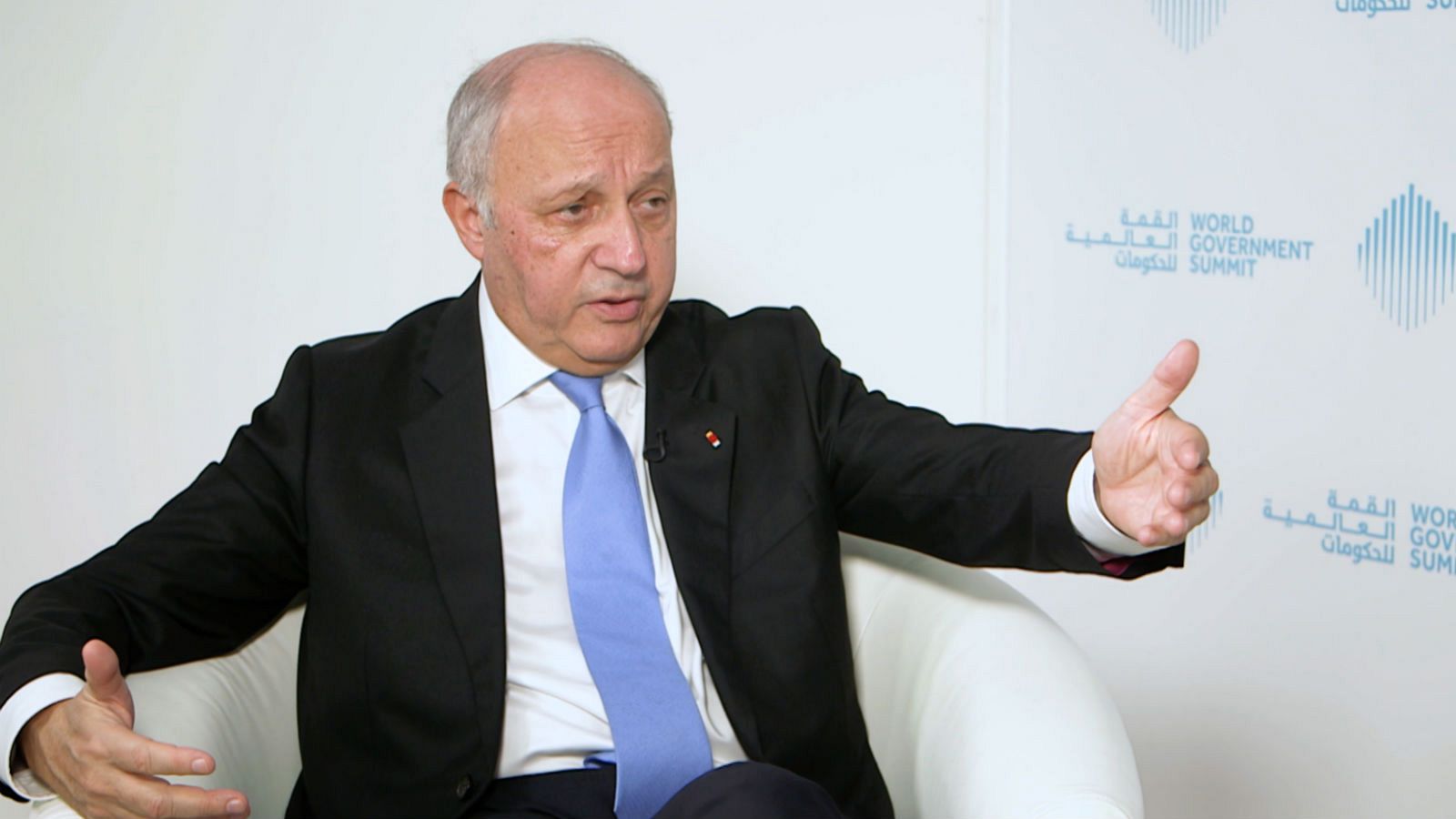 “We could not have a more precise definition because there was not an agreement,” he said, “Imagine that, for instance, Saudi Arabia is not very happy if you say that in 2050 I have to leave their oil in the soil.”

The former foreign minister of France also stressed that the consequences of global warming extended beyond environmental issues.

“If the temperature keeps on being warmer and warmer, you have problems with food and water,” he said. “Then you have migration – not only by millions but dozens of millions – and at the end of the day you have problems of conflict and war.”

Fabius hopes that the international community will realise efforts need to be applied multilaterally to tackle climate change.

This year, there was a particular focus on the impact of environmental issues on the health of populations.

According to the Centre of Research on the Epidemiology of Disasters, last year at least 5,000 people died – with almost 30 million needing emergency aid, due to extreme weather.

Dr. Thani Al Zeyoudi, the UAE Minister of Climate Change and Environment said that this especially affects children and their nutrition, having a negative impact on their growth and development. 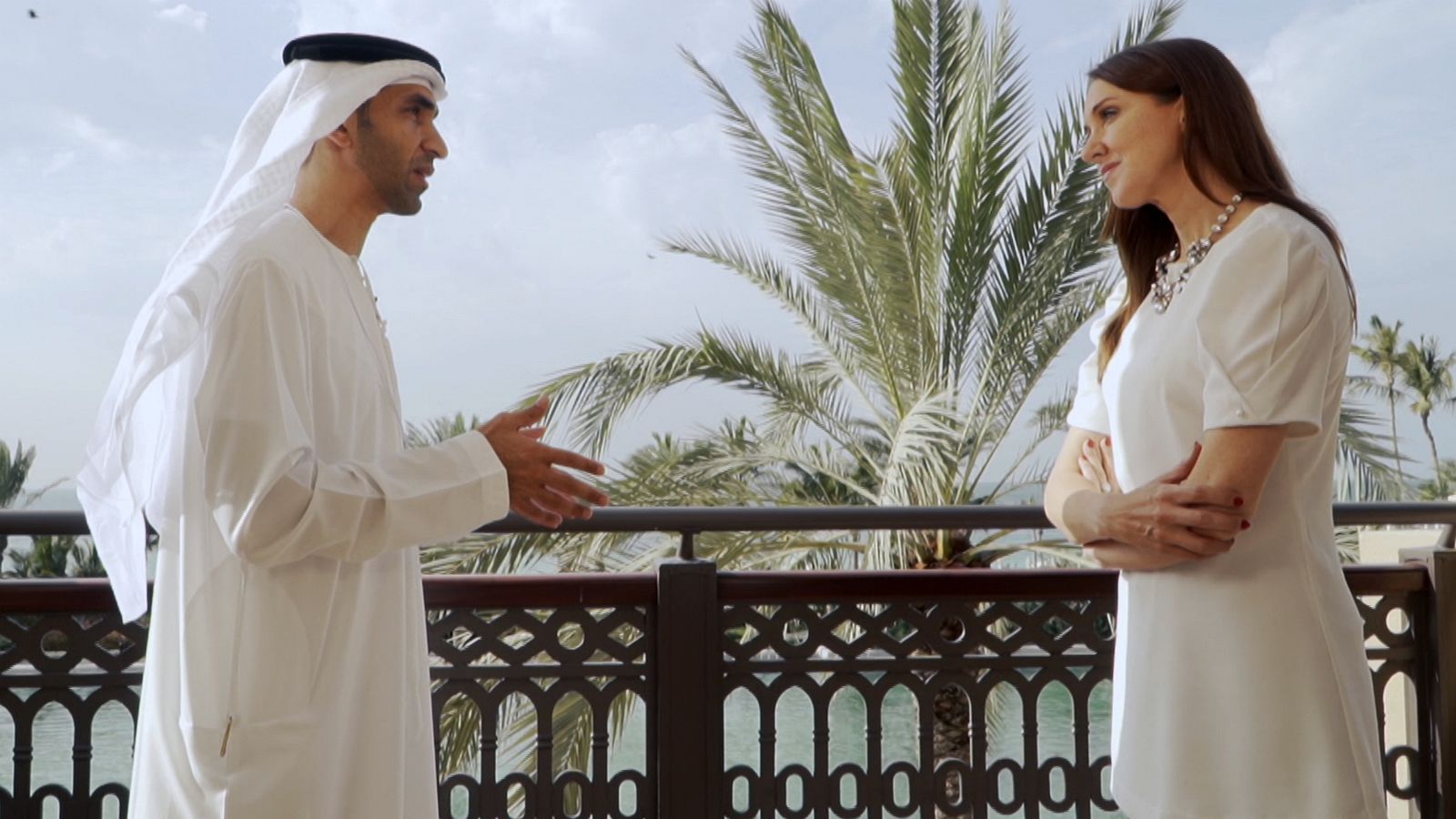 Al Zeyoudi also highlighted that air-borne pollution is not restricted by borders.

With regards to seas, more than 33% of the Arabian Gulf’s marine species could be lost by 2090, so said scientists attending the WGS Climate Change Forum.

According to Al Zeyoudi, this prospect jolted the UAE government into action.

“We have very tough regulations against overfishing to make sure that fish stocks are maintained for the future generations,” he told Euronews, “At the same time, we’re replanting some of the mangroves.”

… AND MORE FROM THE GROUND

The summit opened with a discussion about globalisation and how governments can design the ‘future of humanity’.

During the opening speech, Mohammed Al Gergawi, the UAE’s Minister of Cabinet Affairs and the Future, said that the value of the creative jobs industry adds up to $2.5 trillion. He also estimates, however, that by 2030 there would be a shortage of around 85 million jobs within the sector.

To fill the gap, he said that the government was committed to teaching creativity and imagination to the UAE’s youth. 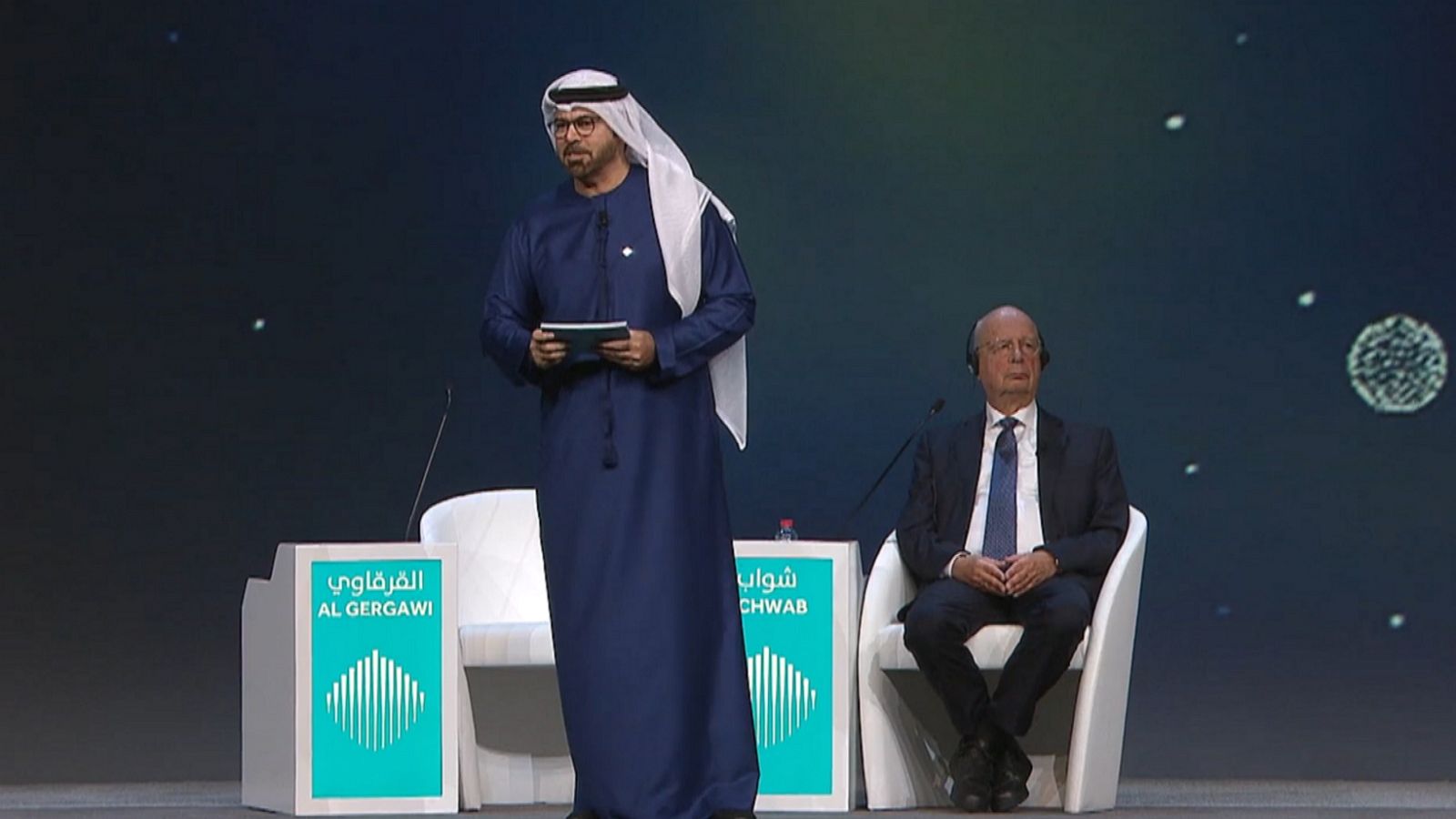 In other sessions, Lebanon’s Prime Minister Saad Hariri spoke of wanting to make his country more “like Dubai”. He also underscored how the implementation of anti-corruption reforms would help Lebanon overcome its economic crisis and attract foreign investment. 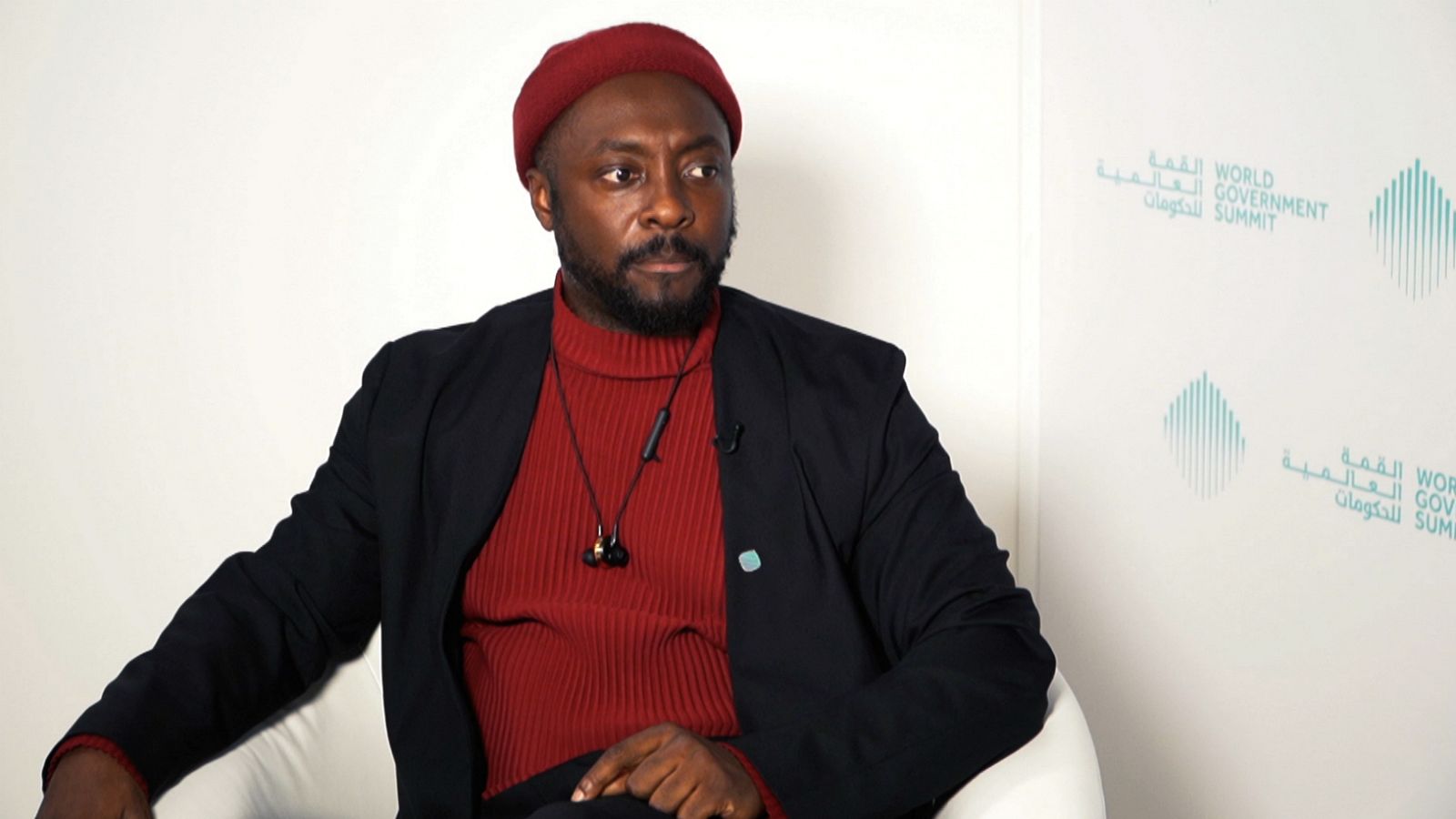 Will.I.Am speaks to Euronews at the WGS

The platform recognises context based on dialogue, the tech entrepreneur explained.

“If you say play Drake, it will play Drake and I can follow-up the question by saying, “What’s going on with him?” Our system knows that “him” is Drake from the first command,” he explained.

The service – which the Grammy-winner assures doesn’t access user data like Siri and Alexa – is also being developed to understand multiple dialects of Arabic to enhance people’s retail, entertainment and overall living experience.

SEEN ON SOCIAL: SNAPS FROM THE WGS

UAE-based Shiva posted this shot of her at the WGS, mentioning she learned a lot from speaker Tony Robbins.

And American AI-fan Milena posted this video from the Summit’s Museum of the Future exhibit, highlighting ethical AI.