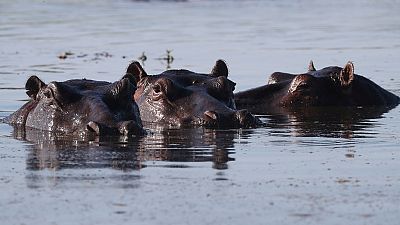 Wildlife lovers and conservationists have accused Zambia’s government of scheming to make money from trophy hunters after officials revealed plans to slaughter 2,000 hippopotamuses to control overpopulation.

An official at the tourism ministry, who did not want to be named, said a five-year cull of hippos in a park in eastern Zambia would start in May.

“Currently the hippo population in the South Luangwa National Park stands at over 13,000, but Luangwa can only cater for 5,000 hippos,” he said.

Hippo lives are on the line in order to line the pockets of a few hunting operators and government officials.

“The population is higher and poses a danger to the ecosystem.”

The Born Free conservation group called on the government to call off the cull, which it said was being staged to lure money from hunters.

“The justifications for this cull — which is being openly marketed to paying trophy hunters — are like a sea of shifting sand,” said Born Free’s president, Will Travers.

“Originally, it was to prevent an outbreak of anthrax. Then it was because the water levels in the Luangwa River were precariously low. Now it is because there is a perceived hippo over-population.

“None of these ‘justifications’ stand up to scrutiny.”

He said the cull — which was postponed in 2016 — could generate $3.3 million (2.9 million euros) for trophy-hunting organisers and the government.

“Hippo lives are on the line in order to line the pockets of a few hunting operators and government officials,” he said.

Hippos, which are herbivorous, semiaquatic mammals, are classified as “vulnerable” in the Red List compiled by the International Union for Conservation of Nature (IUCN).

About 130,000 remain in the wild, in central and southern Africa.