Jane Goodall reinforces her wildlife conservation initiative in the UAE

Conservationist and primatologist Dr. Jane Goodall, famous for observing wild chimpanzees in Africa in the 1960’s, came to the United Arab Emirates as part of a Roots and Shoots promotional tour.

Roots and Shoots is an educational, animal welfare initiative present in more than 100 countries, including the UAE.

The programme is made up of nearly 5,000 environmental projects led by young people. 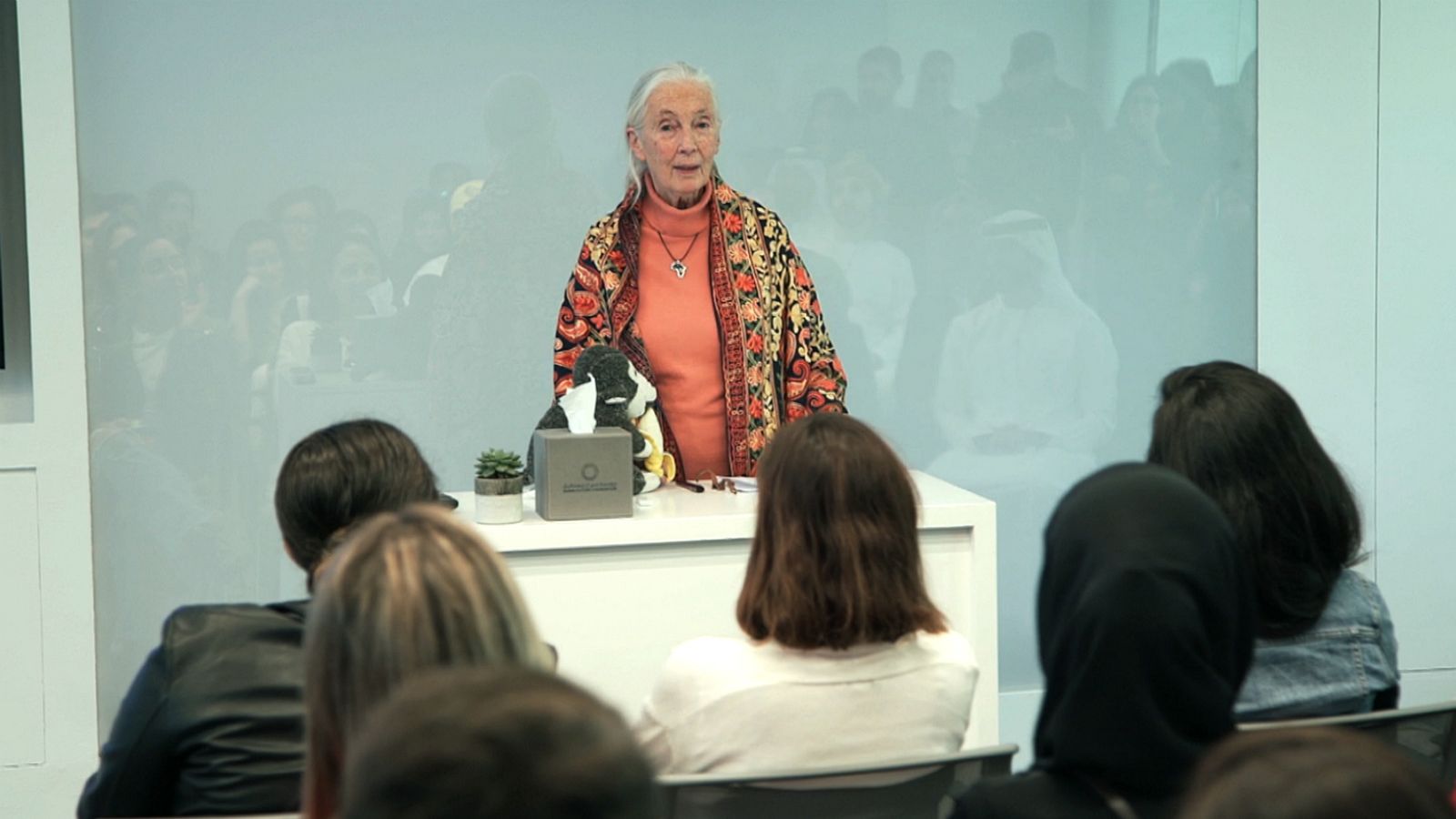 In an interview with Euronews, Goodall says that she believes a change in mindset is essential to ensure the planet’s swift and longterm conservation.

“We haven’t inherited this planet from our parents, we’ve borrowed it from our children, we’ve stolen it,” she says, “But in my opinion, it’s not too late.”

“When there’s several million, and hopefully billions, of people making ethical choices in the impact they make every day, then we start moving towards a world that we can feel a little bit happier to leave to our children,” she adds.

Through her institute JGI, 5,000 chimpanzees and gorillas are now living in protected habitats.

At 84-years-old, and in her capacity as a UN Messenger of Peace, Goodall has 25 books to her name and is still traveling almost 300 days a year.

Her overarching goal is to educate new audiences about the importance of wildlife conservation and anthropological causes.

“What’s happening […] around the world, is the destruction of the rain forests which means, if there are indigenous people living there, they’re losing their way of life,” she says.

“Animal species are vanishing at unprecedented rates and the cutting down of old forests to produce palm oil – it’s not just orangutans losing their homes – it’s the future generations, our great grandchildren,” she stresses.

SCIENTIFIC BREAKTHROUGH IN THE 1960’S

Goodall’s famous journey into what is known today as Tanzania’s Gombe National Park pioneered behavioral studies of chimpanzees in the wild. At the time, the young scientist was just 26-years-old.

Goodall’s most famous scientific breakthrough came when she observed chimpanzees using grass blades, and fashioning twigs into tools, to fish for termites. Until then, the consensus view was that only humans made and used tools. 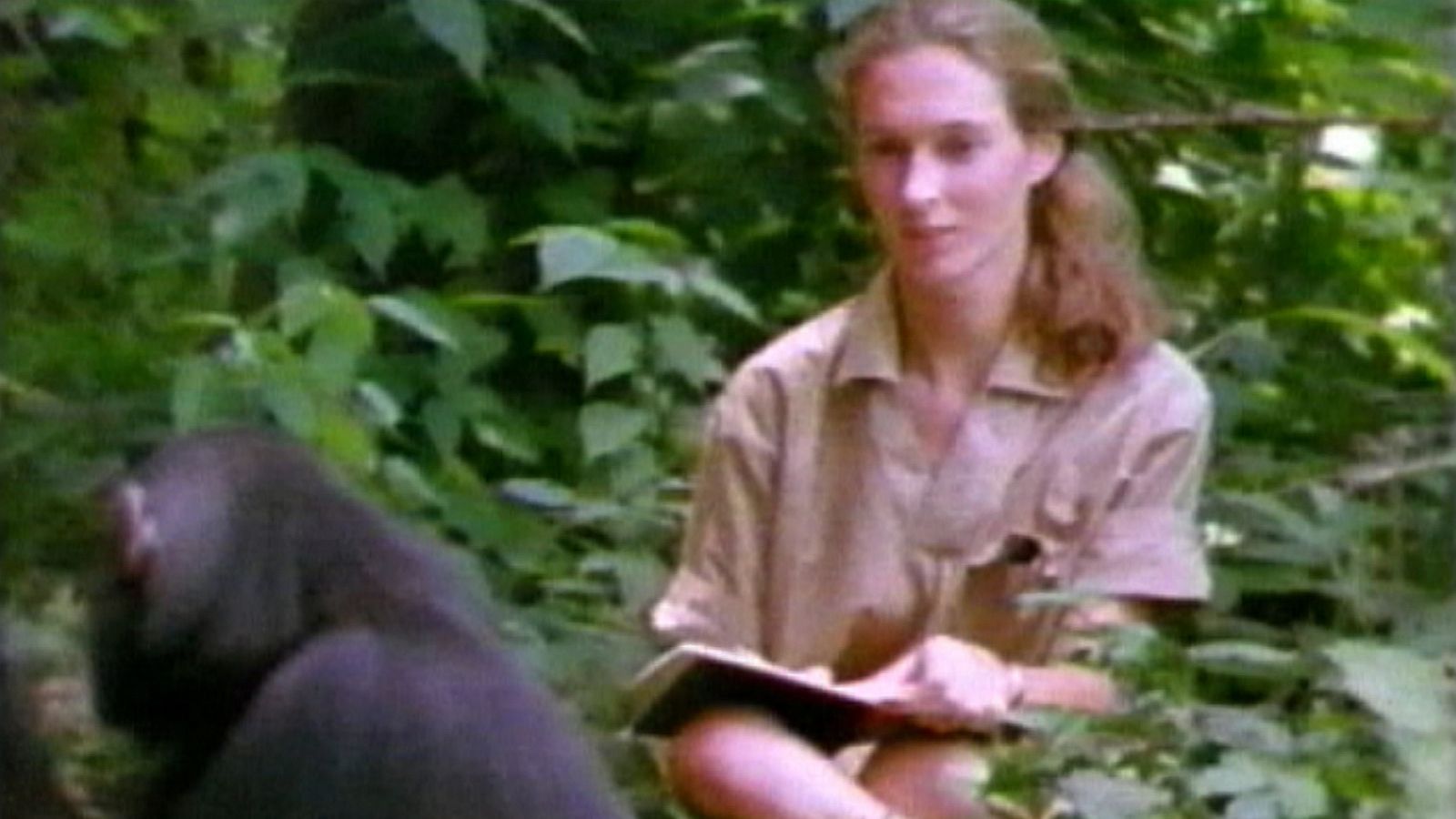 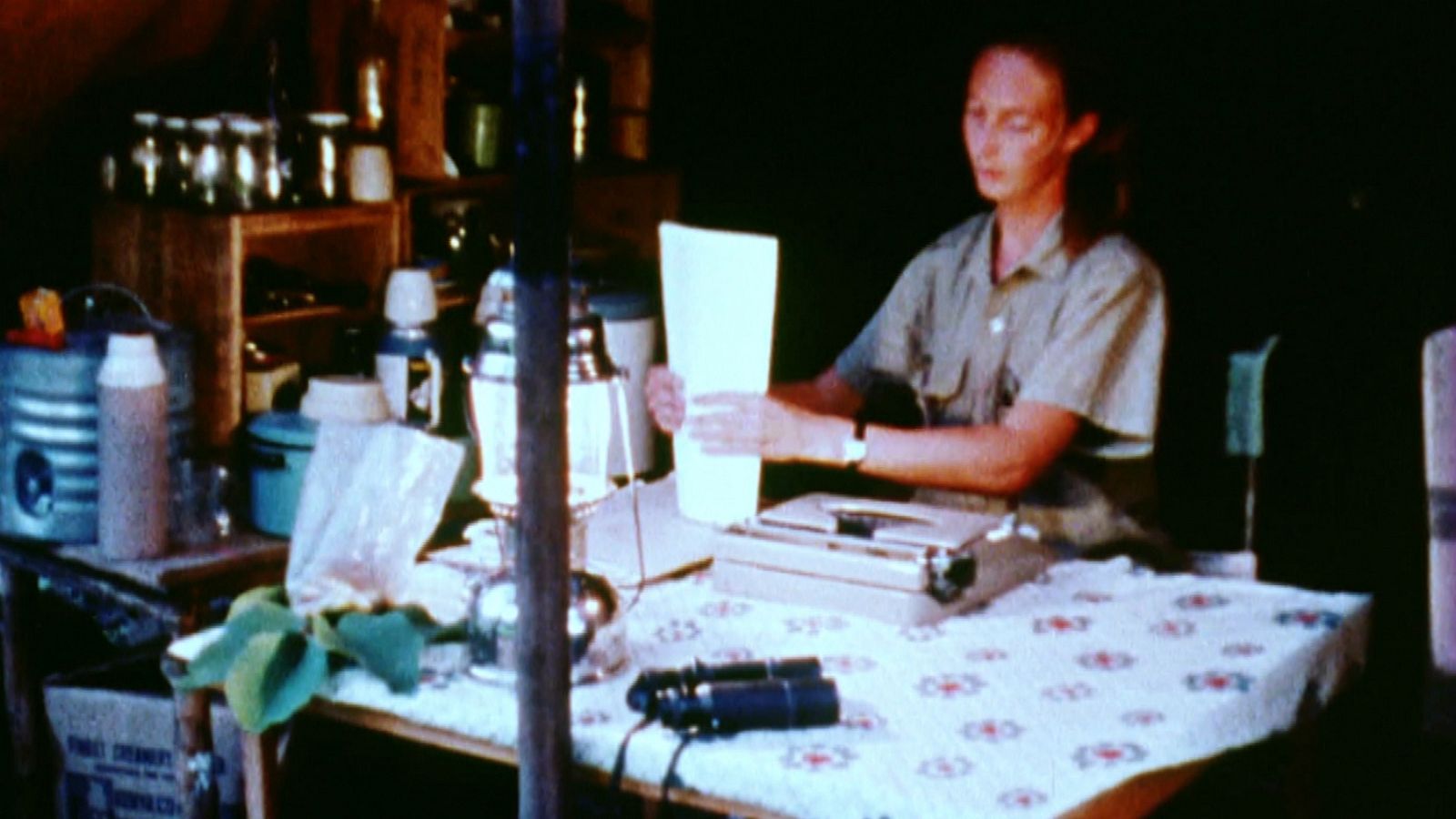 She also famously overturned thinking that chimpanzees were vegetarians and put forward evidence of the human-like social relationships they form.

“We differ genetically in the composition of our D.N.A. by only just over one percent,” she explains with a smile, “Hugging, kissing, patting on the back, swaggering, shaking the fists.. There’s a lot of similarity between male chimpanzees, facing up to each other for dominance, and some of our male politicians today.”

IS THERE ANY HOPE OF SAVING THE PLANET?

Like many other conservationists, Goodall points to corruption and man’s pursuit of money as reasons for environmental degradation.

“The environment always comes second.” she criticises, “So, we mustn’t allow anything to stand in the way of economic development, [even] if that means fracking and damaging the environment.”

Nevertheless, Goodall still believes there are reasons to be hopeful, particularly when considering the strength of both nature and future generations.

“Nature is so resilient, animals on the brink of extinction can be given another chance,” she says, adding “Finally, there’s what I call the indomitable human spirit the people who tackle what seems to be impossible and won’t give up and that spirit is all around us.”