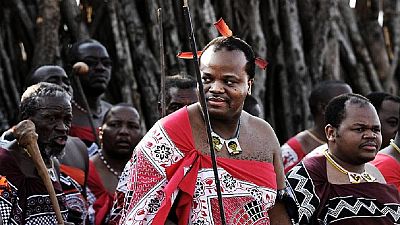 A new government has taken root in eSwantini following the recent appointment of 18 cabinet ministers, including Princess Sikhanyiso, daughter of King Mswati III.

The prime minister of the Southern Africa Nation, Ambrose Dlamini released the names of the appointed cabinet members to the 11th cabinet.

“It has pleased His Majesty King Mswati III to make the following appointments, Ministers ” His statement said.

It has pleased His Majesty King Mswati III to make the following appointments, Ministers.

Princess Sikhanyiso was first introduced into politics by his father, she was appointed into the two weeks ago along with 19 others.

The new cabinet is made up of 6 women and 12 men. Included in the new list of ministers, are a number of the king’s siblings.

Peterson warned that the king’s failure to uphold his country’s constitution could affect the amount of development aid from the US to Swaziland in future.