In its first assessment since Prime Minister Abiy Ahmed took office in April, the IMF said Ethiopia was benefiting from easing uncertainty and improved domestic and foreign investment.

Abiy has signed a peace deal with neighbour Eritrea, lifted a state of emergency and promised to partially open up the government-dominated economy by attracting foreign capital to the state telecoms company and airline.

“Growth is expected to step up in 2018/9 … supported by stronger confidence as the uncertainty of the previous year recedes, and the availability of domestic and foreign direct investment improves,” Julio Escolano, head of an IMF team that visited Ethiopia to make the assessment, said in a statement.

“The authorities’ strategy to shift the engine of economic activity to private sector development while the public sector consolidates is appropriate to maintain strong growth.”

Ethiopia has said it will open its logistics sector to foreign investors but cap their participation.

The EPRDF coalition, in power since ousting a military junta in 1991, aims for Ethiopia to reach middle-income status by 2025 and is pursuing manufacturing-led industrialisation that has involved building roads, a railway, and industrial parks – as well as mounting debt.

“At the same time, measures to reduce public sector borrowing and bring inflation back to target need to be intensified, as external imbalances and indebtedness remain a source of macroeconomic risk,” Escolano said. 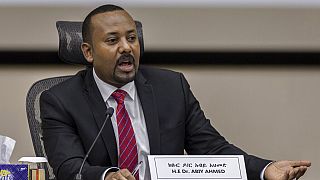