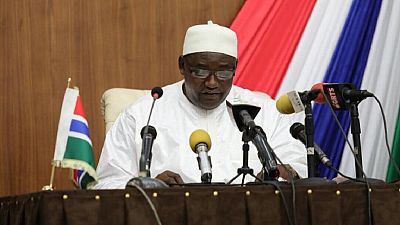 Gambian president Adama Barrow said on Thursday that the country was getting closer to getting two key commissions in the advancement of good governance.

He told lawmakers in his 2018 state of the nation address that a National Human Rights Commission and anti-graft commission were at different stages of implementation.

“(The) National Human Rights Commission Act enacted. Appointment of Commissioners is well underway and will be fully constituted before the end of 2018.

“Anti-Corruption Commission finalized and ready to be submitted to cabinet for final review and approval, will provide strong measures to eradicate, suppress & prevent corruption in big public and private life in the country,” the presidency quoted him as saying.

The Gambia until 2016 was described as having a sullied human rights record under the Yahya Jammeh-led government. The former leader is severally accused of gross rights violations including killings, torture and forced disappearances.

Jammeh is also widely reported to have plundered the tiny West African nation’s resources via irregular monetary transactions and the diversion of state funds into his private accounts.

Since coming into office in January 2017, the Barrow government has instituted a Truth and Reconciliation Commission and another body to probe financial deals involving the former leader and his government.

Barrow also spoke about the government’s resolve to make the country a peaceful hub for freedom of speech and expression. He addressed media liberalization initiatives and also a commission to probe police un-professionalism.

President Barrow urged all, including non-state actors to work together amicably and sincerely in the interest of the nation.