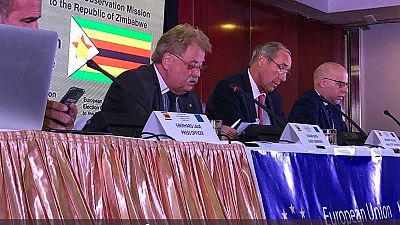 The European Union observatory mission in Zimbabwe says while the 2018 presidential election was largely peaceful, use of state resources and delays by the electoral commission to relay presidential results could affect the credibility of the vote.

“The political climate has improved, (…) but unequal opportunities (between candidates), voter intimidation and lack of confidence in the electoral process have undermined the pre-electoral environment,” the EU denounced in a statement.

Releasing their preliminary report on Wednesday, the EU chief observer said they do not understand why Zimbabwe’s Electoral Commission (ZEC) had not announced presidential results, more than 36 hours after polls closed on Monday.

It is imperative that the results process is credible and transparent, with a full breakdown by polling station so that confidence in the outcome can be assured.

‘‘It is imperative that the results process is credible and transparent, with a full breakdown by polling station so that confidence in the outcome can be assured,’‘ said Elmar Brok, EUEOM chief observer.

The EU mission also urged political parties to ‘await the final result and to remain peaceful throughout’.

The opposition Movement for Democratic Change Alliance (MDC) has mobilised its supporters to storm the ZEC trally center, protesting what they describe as a ‘stolen election’.

A group of #MDC voters believe the election has been stolen, they are demonstrating in downtown Harare and even marched to the ZEC results centre where police were standing guard. The presidential results have yet to be announced but #ZANU-PF has the lead in terms of parly seats. pic.twitter.com/i7m6cCdfgP

ZANU-PF has already secured a majority in the National Assembly after 72% of results were announced on Wednesday morning.

The vote assessment by the EU, which is observing the election for the first time since 2002, is critical in determining whether Zimbabwe can earn the trust of the international community, which could help it trigger an economic revival.

Meanwhile, observers from the Southern Africa Development Community (SADC) bloc said on Wednesday, Zimbabwe’s presidential and parliamentary vote was peaceful and orderly and opened the door to strengthen the country’s democracy.

The southern African nation held its first election since Robert Mugabe was forced to resign after a November de facto coup in which President Emmerson Mnangagwa and opposition leader Nelson Chamisa were the main contenders for power. 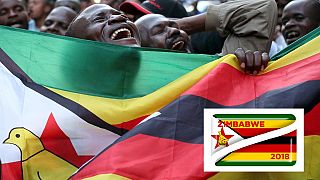 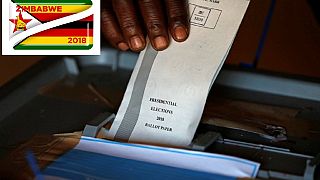