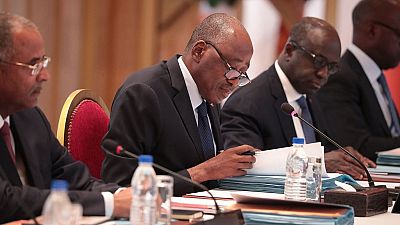 Ivory Coast President Alassane Ouattara named a new government on Tuesday, but the key positions of finance, defence and agriculture were unchanged, a presidential spokesman said.

Ouattara dissolved the administration last week because of a row between his RDR party and its ruling coalition partner, the PDCI of Henri Konan Bedie, whose support helped the president get elected in 2011 and 2015.

Few of the 36 ministerial jobs were changed in a re-jigging that was largely cosmetic. A handful of extra jobs went to the PDCI and one key post went to an ally of national assembly head Guillaume Soro.

Soro is a former rebel leader who loosely controls armed factions of the military that have staged several mutinies in the past few years.

Foreign investment and a plethora of lucrative cash crops, including 40 percent of the world’s cocoa, have enabled Ivory Coast to become one of Francophone Africa’s most prosperous economies. But political squabbling, which sometimes spills over into ethnic conflict, periodically threatens its stability.

It was divided for nearly a decade between a government-controlled south and rebel-held north, ending in a short civil war that killed 3,000 people after a disputed poll in 2010. Many fear that old rivalries over power and land could easily flare up again at the 2020 election.

Government spokesman and Ouattara loyalist Bruno Kone was moved to construction and urbanisation minister. His replacement was Claude Isaac, a senior PDCI member. Jean Claude Kouassi, also PDCI, became the new minister of energy and mines – to replace a minister who left in April.

Sidiki Konate, a close Soro aide, was made minister of arts and culture.

The two parties had fallen out over the PDCI’s insistence on a candidate of its choosing in the 2020 election. The party last month spurned the idea of a joint ticket if this condition was not met. It was unclear whether this will resolve the spat.

Several PDCI members, including a party spokesman, did not respond to requests for comment. Julien Kouao, a political analyst in Abidjan, doubted Ouattara’s reshuffle would appease the PDCI.

“This newly formed government could deepen divisions,” Kouao said. “We are far from achieving the political cohesion necessary to resolve this.”