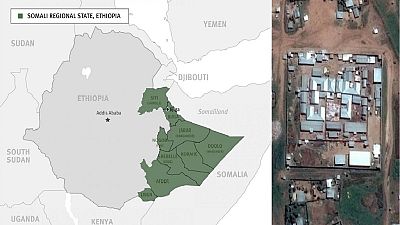 President of Ethiopia’s Somali regional state has reportedly ordered the release of all political prisoners held in the region’s notorious jail facility.

According to Harun Maruf, a Voice Of America journalist who extensively covers the Horn of Africa region said Abdi Mohamud Omar, known as Abdi Illey released detainees including opponents and former security officials.

Other journalists stressed that relatives of the inmates had queued at the premises of Jail Ogaden officially known as Jijiga Central Prison.

Emotional day in Somali region. Ethiopian defense forces cordoned off #jailogaden and ordered the release of all political prisoners. Relatives of inmates are queueing to see their loved ones. #Ethiopia Abukar_Arman HarunMaruf pic.twitter.com/Lt2qDq8N7I

The current move comes on the back of a scathing report on Jail Ogaden released by Human Rights Watch (HRW). The group called on Prime Minister Abiy Ahmed to probe widespread rights abuses routinely carried out on inmates.

Barely a week ago, Ethiopia’s Attorney General fired heads of prisons in the country, accusing them of failing to respect prisoners’ human rights in the discharge of their duties.

State broadcaster Fana BC reported at the time that Attorney General Berhanu Tsegaye called on their replacements to respect and protect human rights in accordance with the constitution.
“Those responsible for the abuse of human rights will face justice after the necessary investigations are completed,” he said.

Reformist Prime Minister Abiy Ahmed is on record to have said that the state had in the past sanctioned torture of political opponents in a move he described as unconstitutional.
Mass release of political prisoners – regional and federal level

Ethiopia’s federal government has released thousands of political prisoners since the beginning of the year as part of reforms to open up the democratic space and revert to constitutionalism in the country.

Regional administrations especially Oromia, Amhara and Tigray, have all released political prisoners as part of the process of increasing political inclusion.

The notorious Maekelawi detention and investigation center was closed in April this year. The former prime minister Hailemariam Desalegn had announced in December last year that that the Maekelawi prison would be converted into a museum, and that a new center compliant with the national parliament’s guidelines on human rights and international standards would replace it.

Human rights activists and organisations have for a long time accused the Ethiopian government of torturing and mistreating its political opponents, who in the past have been detained en masse during periods of turmoil like the state of emergencies instituted in 2016 and early this year.