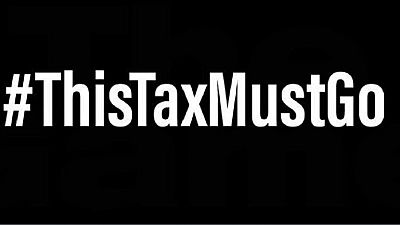 Uganda’s new tax on social media access limits basic rights and harms business, according to a petition filed by activists to the constitutional court against a levy that civic groups and opposition parties say is onerous.

Ugandans pay 200 shillings ($0.0517) per day to access Facebook, Twitter, WhatsApp, YouTube, Skype and other phone apps under the tax introduced on Sunday. The government says the revenue will help fund energy, transport and other projects.

The tax is unconstitutional, according to Daniel Bill Opio, a lawyer who filed the petition with the Kampala-based Cyber Law Initiative non-profit and others.

Youths are taking on initiatives toward innovation and technology mostly using these ... platforms. Once you introduce a tax ... you are actually killing this budding entrepreneurship.

“Youths are taking on initiatives toward innovation and technology mostly using these … platforms,” he said. “Once you introduce a tax … you are actually killing this budding entrepreneurship.”

We have filed our suit challenging the #SocialMediaTax. Lawyers are currently serving the attorney general, UCC and URA and actively seeking a date for when the petition can be heard and disposed off.

Our suit raises fundamental disagreement with the tax. pic.twitter.com/YFLyHb06Os

Amnesty International called on the government on Monday to scrap the tax and said it was an attempt to smother dissent disguised as a measure to raise revenue.

Others have denounced the tax on Twitter using the hashtag #ThisTaxMustGo. Under this people’s movement, young people in Uganda are petitioning the speaker of parliament to recall paraliament from recess and rescind the law that approved taxes on social media and mobile money.

‘’…that the public and those incensed by the tax should reach out to their MP and ask them to sign the recall list and also actively vote against the tax when it resurfaces,’‘ explained Mujuni Raymond, a journalist and one of the petitioners challenging the tax in court.

The court received the petition on Monday and no hearing date has been set, said judiciary spokesman Solomon Muyita. Uganda’s courts are clogged and a suit can take years before a verdict.