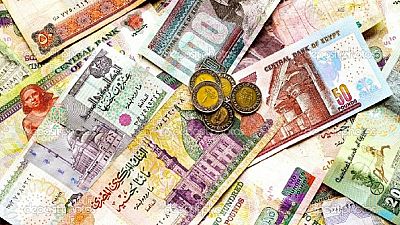 President Abdel Fattah al-Sisi said on Saturday Egypt was on the “right track” to rebuild its economy after years of instability that had nearly brought the country to its knees.

Speaking on the anniversary of 2013 mass protests that helped propel him into power, Sisi said Egypt had faced challenges, including political instability, armed insurgency and an economic meltdown since 2011 protests forced President Hosni Mubarak from power after more than 30 years in office.

“I tell you in all objectivity, every Egyptian man and woman is entitled to feel proud for what his country has achieved in facing the three challenges, and in record time,” Sisi said in a televised speech.

Sisi, who was elected for a second term in March, has been pushing ahead with economic reforms required under a three-year, $12 billion IMF loan that have left many of Egypt's 100 million people struggling to make ends meet

Sisi, who was elected for a second term in March, has been pushing ahead with economic reforms required under a three-year, $12 billion IMF loan that have left many of Egypt’s 100 million people struggling to make ends meet.

Spurred by the painful reforms, an online campaign calling for Sisi to step down has gathered momentum in recent weeks.

“The results that have been achieved until now indicate we are on the right path,” Sisi said, citing positive economic indicators, including a record $44 billion in foreign reserves and economic growth of 5.4 percent.

Human rights groups accuse Sisi of presiding over a crackdown on dissent as he pushes ahead with the reforms, that have included raising prices for fuel, electricity and public transportation.

The Egyptian military and security forces, under Sisi’s orders, have been conducting a major operation in Sinai this year, trying to crush Islamist militants behind a wave of attacks that had killed hundreds.

Analysts say the reforms have eroded his once soaring popularity, but to what extent is hard to gauge since scores of websites have been banned in the past year and opponents rounded up, often on charges of spreading fake news.

In an unprecedented show of digital dissent, hundreds of thousands of Egyptians have taken to Twitter in recent weeks, to voice their discontent and call for Sisi to step down.

The hashtag campaign that translates roughly to #Sisi_leave gathered strength after the government announced the fuel and electricity subsidy cuts.

But in his speech on Saturday, Sisi said Egypt, the Arab world’s most populous country, could not afford to put off implementing the reforms even if they cause pain.