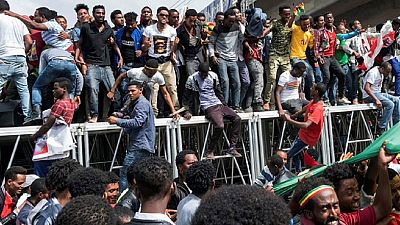 The number of people killed in Ethiopia’s western Benishangul-Gumuz region has risen to ten since unrest erupted on Monday, officials said.

It was not immediately clear what caused the violence, which has largely been restricted to the province’s capital, Assosa, although residents told Reuters that large mobs were attacking ethnic minorities that had settled there.

The Berta and Gumuz ethnic groups are considered indigenous to Benishangul-Gumuz, which borders Sudan, but the province has a large presence of ethnic Amharas and Oromos, who are labelled “highlanders” and originally hailed from the country’s larger Amhara and Oromiya provinces.

We have 40 suspects in custody and we believe they have been given financial incentives to commit violence.

Dinsa Beyene, head of the regional state’s justice and security administration bureau, told state media on Thursday that 38 others were injured in the conflict.

‘‘We have 40 suspects in custody and we believe they have been given financial incentives to commit violence,” Ashadli Hassen, the region’s president told reporters on Thursday. He did not give further details.

The violence comes amid increasing ethnicity-based unrest throughout the country and after a grenade attack at a rally on Saturday that Prime Minister Abiy Ahmed attended.