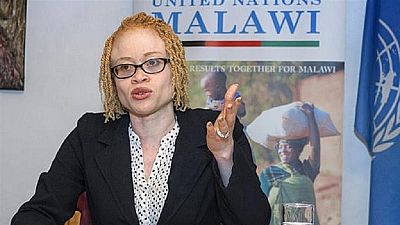 An association of people with albinism in Malawi has announced it will put forward six candidates for 2019 presidential and parliamentary elections.

The association said this is will help fight stigma in the society.

Malawi is one of the most dangerous countries in the world for people living with albinism – a lack of pigmentation in the skin, hair and eyes – who are targeted so that their body parts can be used in magic potions and other ritual practices.

Overstone Kondowe, director of the Association of People with Albinism in Malawi, said fielding political candidates would go a long way in changing how people with albinism were viewed in Malawi.

“We want to show the public that we are more than our skin,” he said.

Elizabeth Machinjiri is one of those planning to stand as a member of parliament in Blantyre. The director of a local charity, Disability Rights Movement, Machinjiri said her experience was key.

But a year later, human rights group Amnesty International said in a report that despite stronger legislation, people with albinism were still being killed for their body parts.

The United Nations recently warned albinos were facing extinction in the Southern African nation, which has around 10,000 people with albinism, the agency said.