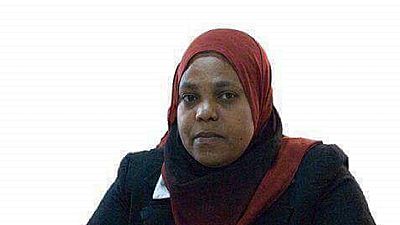 The speaker of Ethiopia’s parliament, Muferihat Kamil has been elected as chairperson of the Southern Ethiopian People’s Democratic Movement (SEPDM), one of the constituent bodies of the ruling Ethiopian Peoples Revolutionary Democratic Front (EPRDF).

Muferihat replaces Shiferaw Shigute, who resigned as chairman of SEPDM. The Central Committee of the party announced the acceptance of his resignation on Monday. Shigute will remain a member of the party’s central committee and retain his position as agriculture and livestock minister.

Shigute, who was elected chairman of SEPDM after former party chairman and prime minister Hailemariam Desalegn resigned, contested against Abiy for the position of chairman of the ruling coalition, polling 59 votes against the prime minister’s 108.

SEPDM explained that Shigute’s resignation was part of the party’s reforms, but political observers believe it is linked to Abiy’s recent call for accountability from senior leaders in the southern regional state where a recent spate of ethnic attacks left several people dead and displaced thousands.

Muferihat was elected on Monday at the emergency meeting of the Central Committee of SEPDM.

In April this year, Muferihat was elected speaker of parliament, replacing Abadula Gemeda who had been in the role since 2010.

In 2008, Muferihat was appointed Minister of Women’s Affairs at the age of 32, at the time, the youngest appointee of the late Meles Zenawi.